WORLD Round 11 of Syria peace talks in Astana

Round 11 of Syria peace talks in Astana 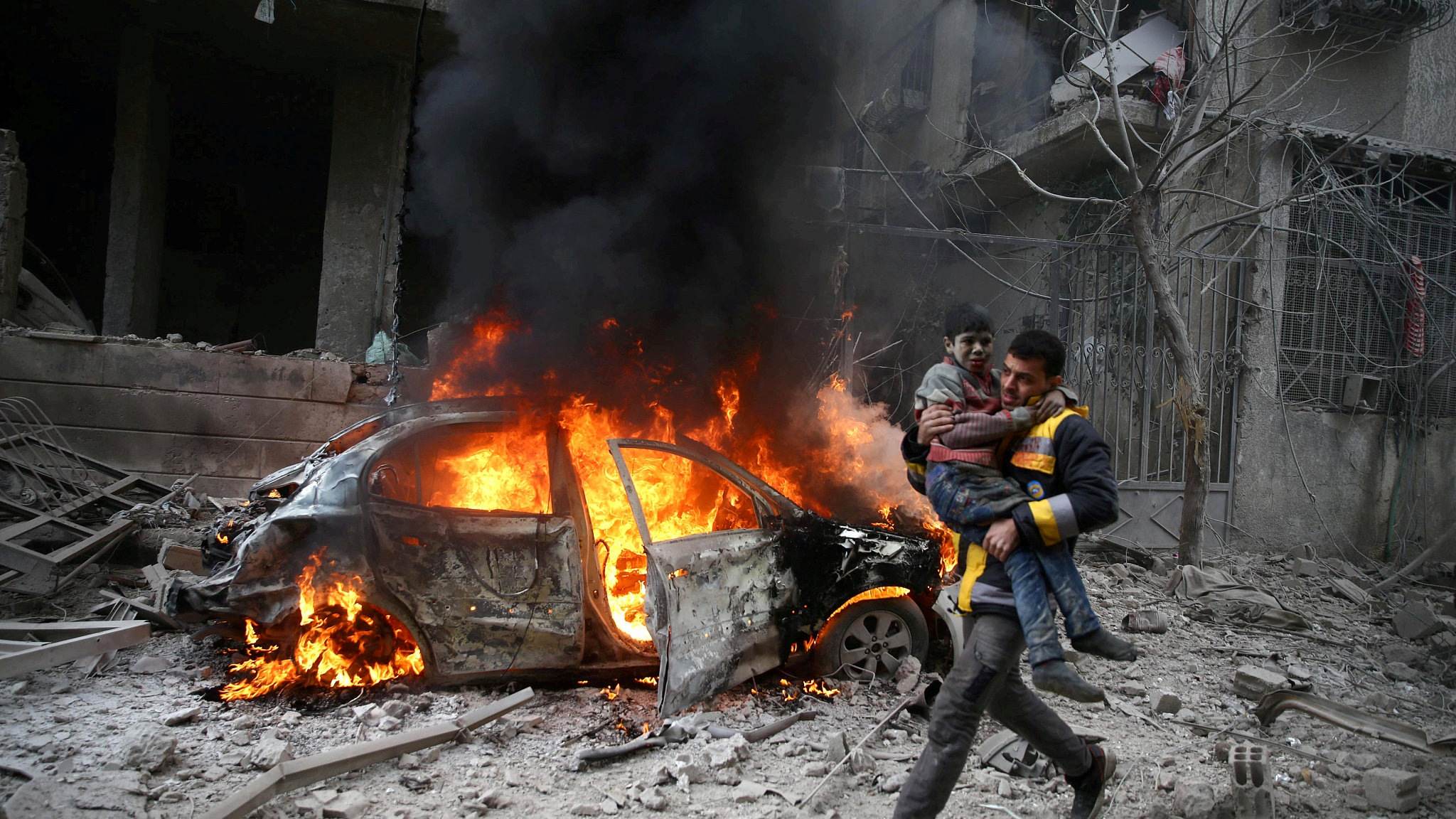 To help pave the way for a political solution to the Syrian crisis, Turkey, Russia, and Iran will meet in the Kazakh capital Astana on Wednesday for the 11th round of peace talks.

The efforts to establish a constitutional committee that will rewrite the country's constitution is expected to top the agenda.

Staffan De Mistura, the outgoing UN special envoy to Syria, will also be present in the meeting.

There have been two major peace initiatives over the years – one led by the UN, known as the Geneva talks, backed by the U.S. and Europe. The other called Astana peace talks led by three key players in the region, Turkey, Russia, and Iran.

Both groups are now focused on the constitutional committee, an issue that is perceived as crucial for the political future of Syria.

On October 27, Turkish President Recep Tayyip Erdogan hosted a four-way summit on Syria, including  Russia, Germany, and France, in Istanbul.

During the meeting, German Chancellor Angela Merkel noted the importance to create a post-war constitution saying it's "necessary so that this political process can successfully begin and at the end of it free elections are accessible to all Syrians."

During the summit, the leaders decided to establish the committee by the end of 2018 and the upcoming round of Astana talks is close to that deadline with only a month to go before the year ends.

The constitutional committee is expected to be formed in line with the UN Security Council Resolution 2254 which was adopted in December 2015 endorsing a roadmap for peace in the war-torn country. However, there are several obstacle and challenges ahead in the formation of this committee.

The 150-member committee is expected to have representatives from the Syrian government, opposition, and civil society, however, the key questions remain who will make up the panel and who will lead it?

Turkey and Russia have been on the opposite side of the conflict, Ankara backing opposition forces while Moscow backing Syrian President Bashar al-Assad. But the two countries have managed to negotiate and cooperate despite their differences.

A major recent success was the prevention of a major assault on Idlib province as Putin and Erdogan came to an agreement of a demilitarized zone as well as the withdrawal of heavy weapons from the area.

Putin put his force on the Syrian government, while Erdogan was able to make progress with most opposition groups in line with the so-called Sochi agreement.

One sensitive topic for Turkey will be whether any representatives of the Syrian Kurdish group YPG or PYD will be part of the committee – something Ankara has been opposing.

Turkey has been fighting the YPG along its border with Syria, insisting that the group is a terrorist organization due to its relations with the Kurdistan Workers' Party (PKK). Ankara says it will continue these efforts to clear the area of YPG forces to safeguard its national security.

Another crucial topic on the agenda would be creating conditions for the safe return of refugees and internally displaced people, which was also emphasized during the Istanbul quartet summit.

Needless to say, a lot is needed to be done for the conditions to be met. First and foremost a lasting ceasefire is vital. But civilians also need to be assured of a humanitarian infrastructure to be in place, for them to have access to basic needs such as water, electricity, and food. Leaders are also expected to discuss the issue of detainees and missing people.

Whether progress will be made during this round of Astana talks or the formation of the constitutional committee will become a new topic where negotiations are deadlocked will determine the pace of the lingering peace talks.