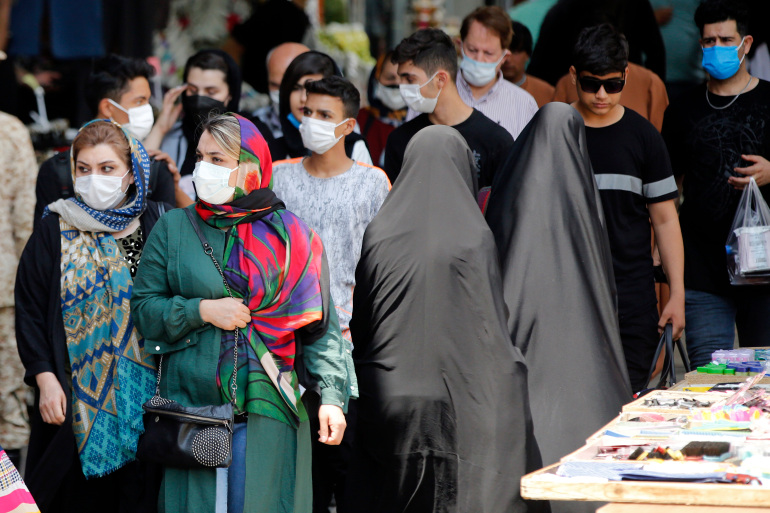 TEHRAN, Aug. 16 (Xinhua) -- Iran's Foreign Ministry accused on Monday the U.S. government of trying to prevent Iranian expatriates from having a "constructive relationship" with their country, urging Washington to take "basic steps" to facilitate the freedom of movement of Iranian residents in the United States.

"If they want to sympathize with Iranians, it is better for them to stop threatening, intimidating, and trapping Iranians," Iran's Foreign Ministry spokesman Saeed Khatibzadeh was quoted as saying by the ministry's website, in response to questions from the press.

Khatibzadeh was reacting to a "travel advisory" note published on Aug. 9 by the U.S. special envoy for Iran Robert Malley, recommending not to travel to Iran "due to the risk of kidnapping and the arbitrary arrest, detention of U.S. citizens, and COVID-19."

The spokesman said the Biden administration initially sought to distance itself from the Trump administration, but has since "adopted the same outdated approaches with the promotion of Iranophobia."

He added that the U.S. approach concerning talks about Iranian prisoners being "held hostage" in the United States shows that the Biden administration is trying "even more" than the Trump administration to "politicize and turn humanitarian issues to security issues."

On July 13, Ali Rabiei, spokesman for Iran's government, confirmed ongoing negotiations between Tehran and Washington for a prisoner swap, and voiced Iran's readiness for an all-for-all prisoner exchange.

At the end of that same week, Iran's chief nuclear negotiator Abbas Araqchi tweeted that the United States and Britain had to stop linking a prisoner swap to the talks aiming to revive the 2015 nuclear agreement, formally known as Joint Comprehensive Plan of Action (JCPOA).

Iranian officials stated that the United States had agreed with a swap deal, while Washington denied such an agreement had been reached.

"All countries, including Iran, should have their own alternatives," he said.

Talks in Vienna, Khatibzadeh said, have been based so far on the need for the United States to fulfill its commitments within the framework of the United Nations Security Council (UNSC) resolutions and a "complete and effective" lifting of Washington's unilateral sanctions against Iran.

If that happens, he added, Washington can return to the JCPOA.

Former U.S. President Donald Trump withdrew from the 2015 agreement in May 2018 and unilaterally re-imposed old and new sanctions on Iran. In response, Iran has gradually stopped implementing parts of its commitments to the deal since May 2019.

After six rounds of talks in Vienna since April, the parties said serious differences remain between Iran and the United States for the revitalization of the deal. The sixth round of talks ended on June 20, currently on hiatus.

"It is clear that the U.S. sanction policy against Iran is failed and ineffective and only indicates Washington's addiction to sanctions," the spokesman said.

Khatibzadeh additionally discussed statements of Western officials concerning an alleged "increasingly aggressive and malign behavior" from the part of Iran.

"Upon review of the available information, we are confident that Iran conducted this unjustified attack," the U.S. Secretary of State Antony Blinken said on Aug. 9 in a meeting of the UNSC, regarding alleged attacks on the Mercer Street, an Israeli-managed oil tanker, in the gulf of Oman.

"It is strange that an official of a country that is the root and cause of many troubles in our region, open and covert ... accuses Iran," Khatibzadeh said.

The spokesman insisted on Tehran's dismissal of any Iranian role in the incident, and accused Israel and "some of its supporters" of having "a long history of deception and forgery of documents, intending to advance their political agenda."

Moreover, Khatibzadeh said it is Iran's "principled policy" to maintain peace and stability in the region, and stressed the need for cooperation within the region in this regard.