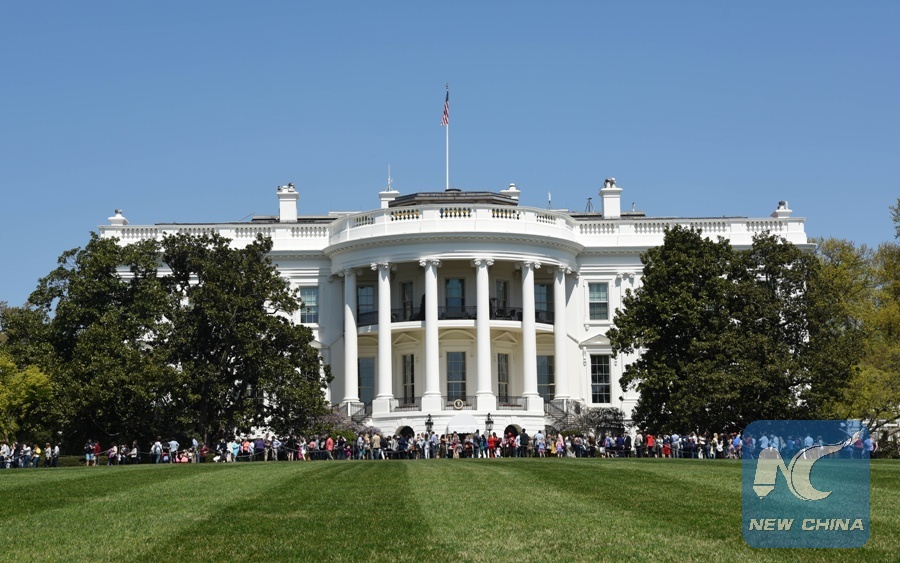 The White House on Thursday announced a comprehensive plan to reorganize the US federal government, including reforming the food stamp program and merging the departments of education and labor so as to bring education and job training together.

The reform is aimed to improve and streamline the federal government but will not be in a type of "one size fits all" solution, the White House said in a statement.

Currently American job seekers have to navigate over 40 workforce development programs across 15 Federal agencies, and poultry firms have to deal with multiple government offices and loads of paperwork because chickens and eggs are regulated by different agencies, said the statement.

Other key proposals include consolidating food safety functions into a single agency called Council on Public Assistance and economic assistance resources into a new Bureau of Economic Growth within the Department of Commerce.

The Fish and Wildlife Service and NOAA Fisheries would be merged within the Interior Department, which would also take over part of the Army Corps of Engineers' civil works program.

Another proposal which is reportedly sure to be controversial is to privatize the United States Postal Service.

Besides merging the Department of Energy's applied energy offices on renewables, nuclear and fossil energy into one "Office of Energy Innovation," the White House also wants to create a parallel Office of Energy Resources and Economic Strategy to deliver "solutions that support US energy dominance in access to resources and infrastructure."

The Office of Cybersecurity, Energy Security and Emergency Response would be maintained.

"Businesses change all the time," said White House Office of Management and Budget Director Mick Mulvaney, "Government doesn't, and one of the things you get when you hire a businessman to become president is you bring this attitude from the private sector."

"This effort, along with the recent executive orders on federal unions, are the biggest pieces so far of our plan to drain the swamp. The federal government is bloated, opaque, bureaucratic and inefficient," said Mulvaney.

However, Patty Murray, the top Democrat on the Senate Health, Education, Labor and Pensions Committee, dismissed the plan as dead on arrival even before it was official unveiled, calling it a move to propose "futile reorganizations of the federal government just to have a new talking point."

"Democrats and Republicans in Congress have rejected President Trump's proposals to drastically gut investments in education, health care, and workers. And he should expect the same result for this latest attempt to make government work worse for the people it serves," said the senator.

The reorganization plan faces tough odds in Congress, where even aside from the dispute over work requirements, any reorganization faces opposition from congressional committees that could lose power if their jurisdictions change, local analysts say.

Trump signed an executive order last year directing the Office of Management and Budget to work on the government reform plan, claiming the current US government is not equipped well to meet Americans' needs in the 21st century.