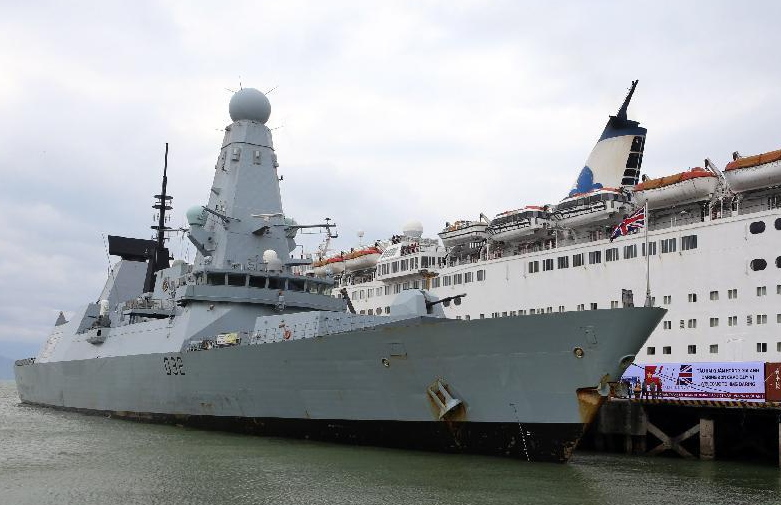 LONDON, Jan. 5 (Xinhua) -- The Royal Navy will accompany British-flagged vessels through the Strait of Hormuz to provide protection amid high tensions in the region, Defense Secretary Ben Wallace said Sunday.

"I have instructed preparation for (frigate) HMS Montrose and (destroyer) HMS Defender to return to accompanying duties of Red Ensign Shipping in the Strait of Hormuz," said Wallace in a statement.

Wallace said he spoke Saturday to U.S. Secretary of Defense Mark Esper about the situation, urging all parties to de-escalate the situation.

According to local media, British Prime Minister Boris Johnson was not warned in advance about the U.S. drone attack.

U.S. Secretary of State Mike Pompeo said Friday that European allies had not been "as helpful" as he hoped over the killing of Soleimani.

After the attack, Iran's Supreme Leader Ayatollah Ali Khamenei and President Hassan Rouhani have vowed to retaliate against the United States over Soleimani's death.

"Americans have taken a new approach that could put the region in a very dangerous situation," Rouhani said.

Meanwhile, Chinese State Councilor and Foreign Minister Wang Yi said that China pays high attention to the intensification of U.S.-Iran conflict, opposes the abuse of force in international relations, and holds that military adventures are unacceptable.

"In the coming days, we will do all we can to work against a further escalation of the situation -- at the United Nations, in the EU and in a dialogue with our partners in the region, including talks with Iran," he told the Sunday newspaper Bild am Sonntag.