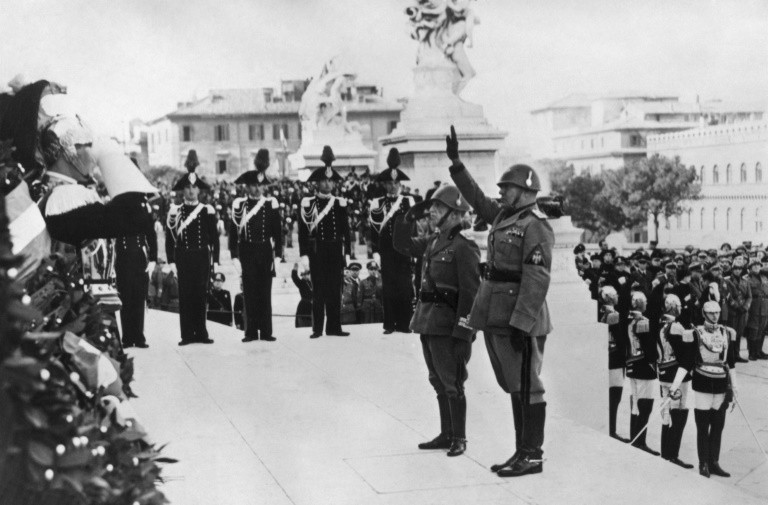 The body of Italy's controversial king Victor Emmanuel III returned to Italy on Sunday, amid a row over where the monarch who abetted dictator Benito Mussolini should be buried.

Permission for his body to be brought back was granted to the House of Savoy by the president, and his remains were flown in from Egypt on Sunday, historian Aldo Mola told AFP.

The king will be buried in the family's mausoleum, the Sanctuary of Vicoforte in northern Italy, according to Mola, who has helped organise the royal's return.

But his great grandson, feuding with relatives over who is the rightful heir to one of the oldest royal dynasties in the world, says Victor Emmanuel should be buried in the Pantheon in Rome alongside Italy's other kings.

"We had been dreaming this day would go very differently. Justice will only be done when all of our sovereigns buried in exile are laid to rest in the Pantheon," the self-declared "Prince of Naples" told Il Corriere della Sera daily.

The body of Victor Emmanuel's wife, queen Elena of Montenegro, was brought from France to the Sanctuary on Friday, and her husband is expected to be laid next to her.

"It is by no means a controversial decision. The other kings were only buried in the Pantheon as a temporary resting place, while the Altare della Patria was being designed and built," Mola said.

The vast white Altare -- dubbed the "wedding cake" by tourists -- then became the Tomb of the Unknown Soldier.

Italians voted to abolish the monarchy after World War II, punishing the family for collaborating with fascist Mussolini.

When the Blackshirts marched on Rome in 1922, Victor Emmanuel had not only refused the government request to declare martial law, he then handed over power to Mussolini.

He was later also heavily criticised for signing the 1938 racial laws that harshly discriminated against Jews.

In 1943 he sought to mend the tattered reputation of the monarchy by having Mussolini arrested, but was blamed for taking 40 days to wrangle an armistice with the Allies, giving the invading Germans time to entrench.

He was "a king who betrayed the constitution, accepted fascism, signed laws that suppressed basic freedoms, signed the racial laws, and took Italy into war," historian Piero Craveri said.

While Italians do not appear to mind the shamed king's remains being returned, historians and editorialists spoke out strongly against the suggestion the royal pair should be housed in the circular former Roman temple.

"It would be simply impossible to bury Victor Emmanuel III at the Pantheon... a place of shared memory for the nation," historian Gianni Oliva told La Repubblica.

Among those buried under the open-air dome in the Italian capital's historic centre are the painters Raphael and Annibale Carracci, the composer Arcangelo Corelli, and the architect Baldassare Peruzzi.