Royal scandal: Prince Andrew to step back from public duties 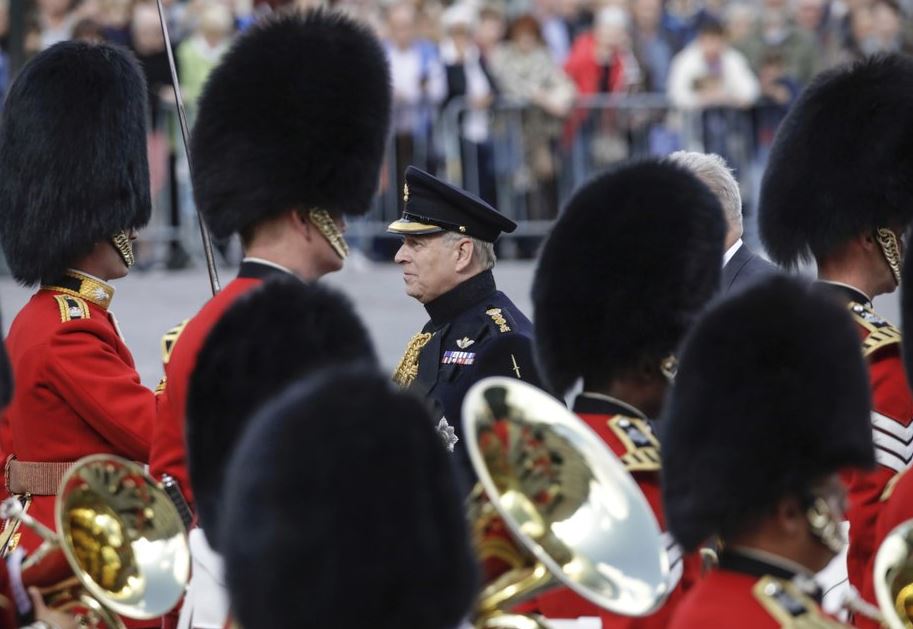 Britain's Prince Andrew, the Duke of York, centre, attends a memorial ceremony to mark the 75th anniversary of the liberation from Nazi German occupation in Bruges, Belgium, on Sept. 7, 2019. (Photo: AP)

Britain’s Prince Andrew is stepping back from public duties with the queen’s permission because of his association with a notorious sex offender.

The second son of Queen Elizabeth II said in a statement Wednesday that it has become clear to him in recent days that his association with the late convicted sex offender Jeffrey Epstein has become a “major distraction” to the royal family’s charitable work.

The decision of a senior royal to step away from his royal duties is extremely unusual and reflects the degree to which charities and educational institutions had been questioning their associations with him in recent days.

Andrew, who showed no remorse in an unsuccessful TV interview Saturday, said he regrets his association with the former US billionaire investor and that he “deeply sympathizes” with Epstein’s many victims.

The prince said he had sought and received his mother’s permission to step back from royal duties. The statement does not say if this is a temporary or permanent change in his role.

Andrew has been heavily criticized for his performance in the television interview in which he failed to express concern for Epstein’s victims, many of whom were underage and were victims of trafficking and forced to have sex with powerful friends of the billionaire.

Andrew lost support during the interview because he seemed to show no regrets for his close association with a convicted sex offender.

Some charities that he has worked with as a patron have said they were reviewing their association with the prince because of his actions.

Epstein was awaiting trial on sex trafficking charges when he took his own life on Aug. 10 in a New York prison, robbing his victims of their chance to see him brought to justice. His death has been ruled a suicide by the city’s medical examiner.

Like most senior members of the royal family, Andrew was patron for charities and other civic endeavors, lending his name and the backing of the monarchy to the good works of all manner of institutions.

Andrew’s failure to show empathy for the young women exploited by Epstein earned him widespread derision — and made corporate backers and universities think twice about their ties to this senior member of the House of Windsor.

During the TV interview, Andrew categorically denied claims that he had sex with Virginia Giuffre, who says she was trafficked by Epstein. Giuffre said she had sex with Andrew on three occasions, including twice when she was 17.

In the interview with the BBC’s Emily Maitlis, Andrew seemed insensitive and arrogant — particularly in an era in which social media has made even the rich and the powerful seem more accessible.

Andrew even defended his previous friendship with Epstein because of the contacts it provided when he was preparing for his role as Britain’s special trade representative.