The ruling Georgian Dream party leads with 48.16 percent of votes in the country's parliamentary election, according to data released by the Central Election Commission (CEC) on Sunday. However, the opposition rejected the figures and thousands of people took to the streets to protest.

After 99.77 percent of the total ballots were counted, the ruling Georgian Dream party won 48.16 percent of votes while the major opposition coalition, United National Movement and Strength is in Unity, received 27.12 percent, data from the CEC indicated.

Seven other parties including European Georgia and Alliance of Patriots got over 1 percent of votes respectively, which is the threshold required for a party to win seats in the parliament, according to the data.

As for the elections in the 30 majoritarian constituencies, the CEC has not provided completed data, only indicating some of them will go into a second round. 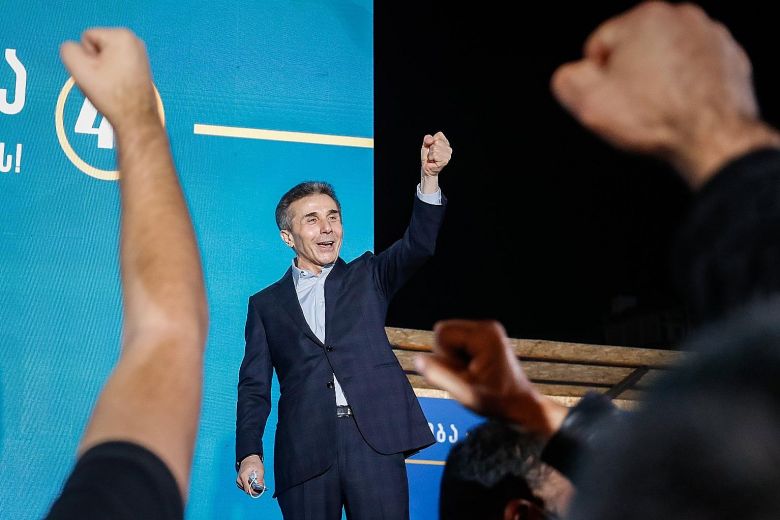 On Saturday evening, after the voting process ended, Bidzina Ivanishvili, chairman of the Georgian Dream party, declared that the party had won the elections for the third time.

Leaders of major opposition parties including United National Movement and European Georgia announced Sunday that they will not recognize the election results and organized large rallies in central Tbilisi to protest.

The crowd, many wearing masks against the coronavirus, burst into applause as opposition leaders said the vote had been rigged and demanded a new election.

"All of Georgia's opposition parties are united in the decision not to enter the new parliament," Nika Melia, one of the leaders of Saakashvili's United National Movement, told the rally.

"We will be fighting until the goal (of a new election) is achieved," he said, announcing another protest for next Sunday. 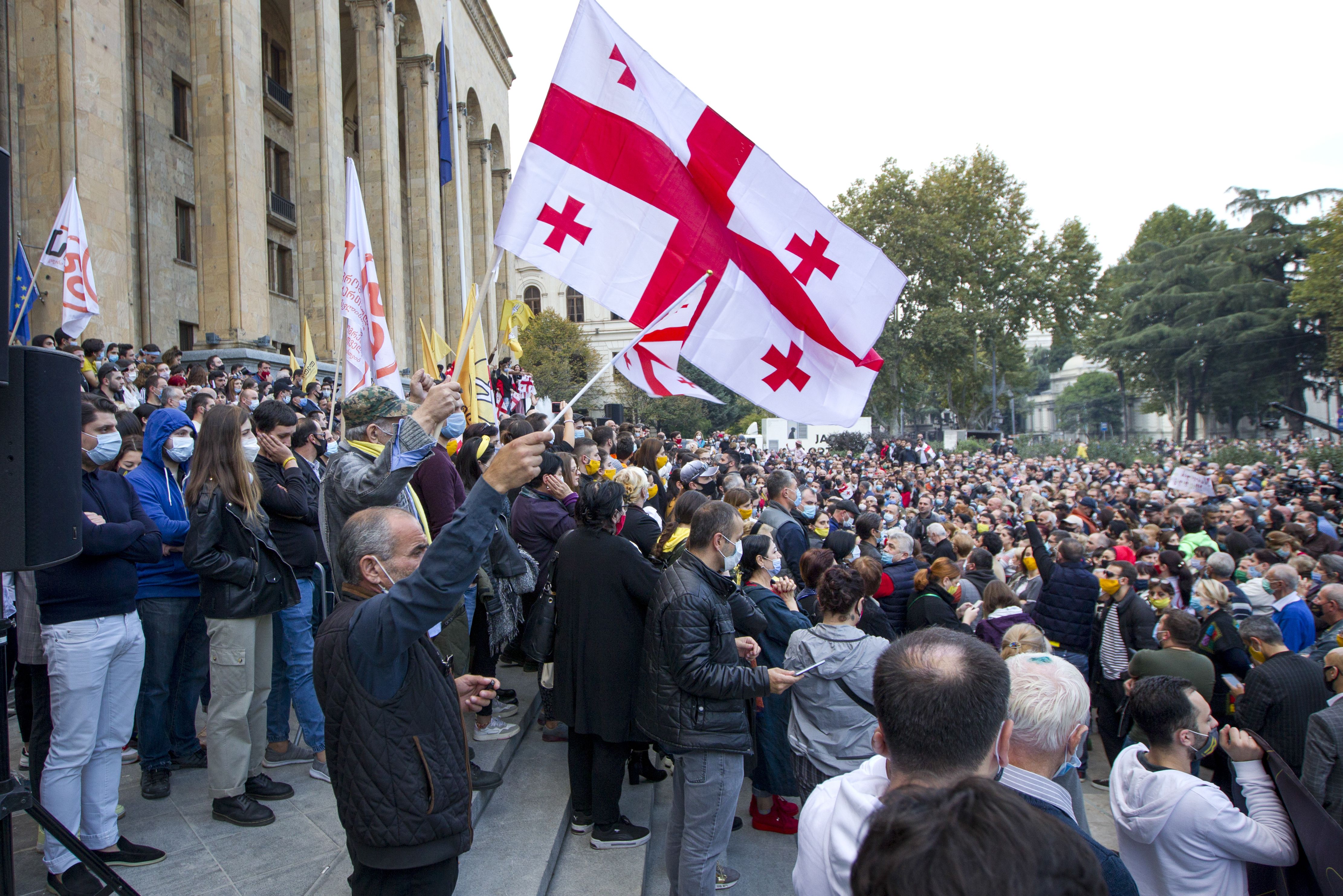 Georgia kicked off the parliamentary elections on Saturday to elect the country's 150-member top legislative body for the next four years.

A total of 48 political parties and two party blocs registered to run for the parliamentary elections. Any party which garners more than 1 percent of the ballots will be allocated seats in proportion to their shares of votes, according to the CEC.

According to Georgia's constitutional amendments, which passed in June, the parliamentary poll in 2020 was held under a mixed electoral system, with 120 members of parliament to be elected via party lists and the remaining 30 running in single-member majoritarian districts.

An election bloc or party which receives less than 40.54 percent of votes in the proportional elections will not be able to form a government.

The ruling Georgian Dream party won the parliamentary elections in 2012 and 2016.