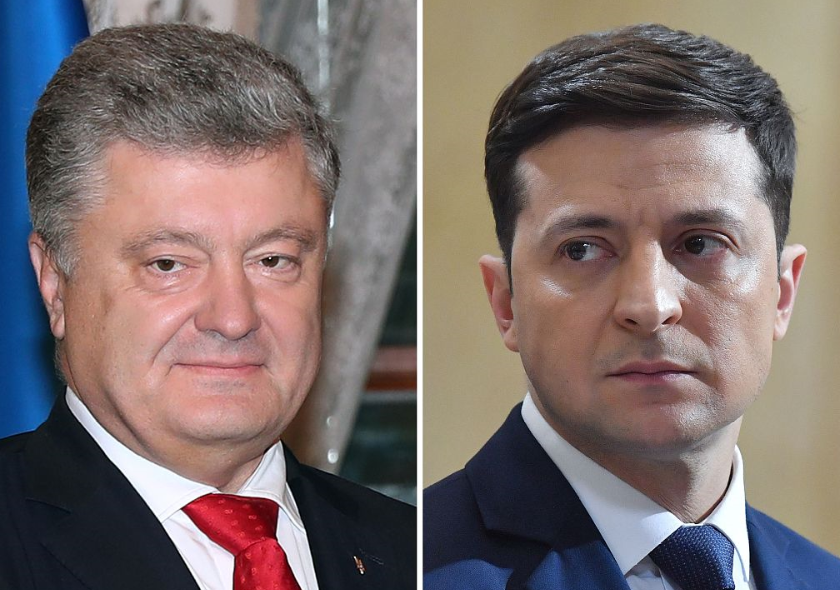 Ukraine's presidential election, which took place Sunday, is likely to result in a runoff between comic actor Volodymyr Zelensky and incumbent President Petro Poroshenko as none of the 39 candidates won a majority in the poll.

Zelensky, the showman and head of the Servant of the People political party, was leading the voting, followed by Poroshenko and the leader of the Batkivshchyna party, Yulia Tymoshenko, with more than 50 percent of ballots counted by Monday morning, the Ukrainian Central Election Commission said.

According to the commission, Zelensky has won 30.2 percent of the vote, while Poroshenko and Tymoshenko garnered 16.64 percent and 11.53 percent, respectively, Ukraine's Interfax media reported.

Zelensky won most votes in 20 Ukrainian regions with between 27 percent and 54 percent of ballots counted in Kiev and 24 regions, while Poroshenko was leading in three western regions, the commission said.

According to Ukrainian law, if no one gets more than half of the vote in the first round, the two candidates with the most ballots head for a runoff election on April 21.

Voting for the presidential election in Ukraine started at 8 a.m. and closed at 8 pm on Sunday. A total of 134,381 monitors have been deployed across the country to ensure the elections proceed peacefully.

Zelensky told reporters at a polling station in Kiev on Sunday that he hoped for a "new life" after the election.

"Today, the new life starts in our country. I think the new life is a normal life without corruption, without bribes," Zelensky said.

Poroshenko told reporters at another Kiev polling station that the presidential election was well-organized and "the will of the citizens will be preserved."

He reiterated his policies of bringing Ukraine into the European Union and the North Atlantic Treaty Organization.

With about 29.8 million eligible voters, Ukraine had printed more than 30.4 million ballot papers for the presidential election.