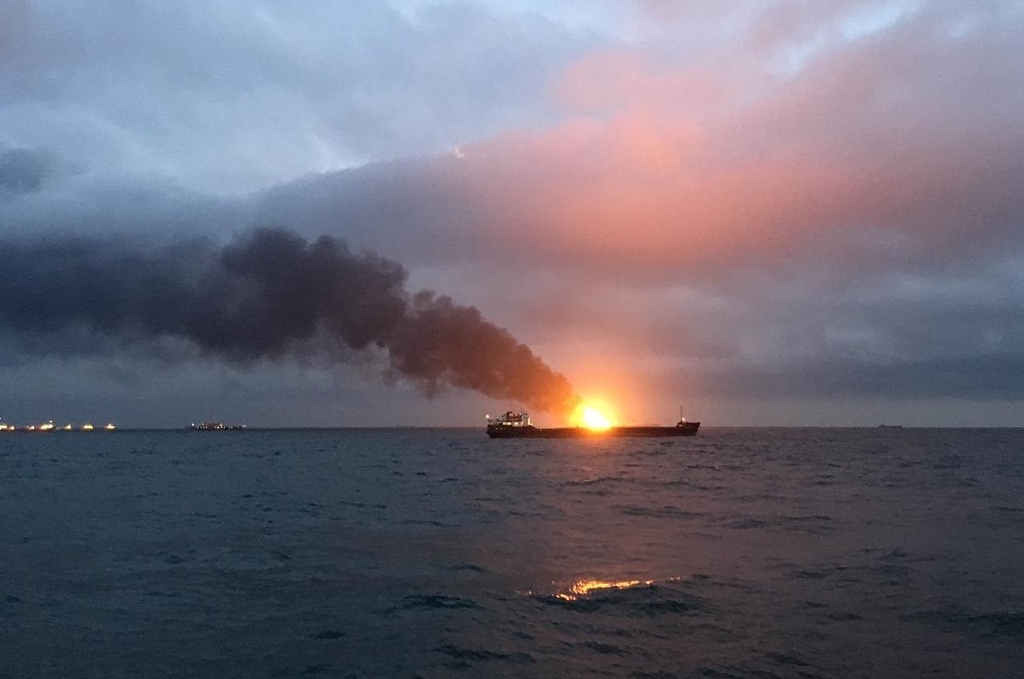 An image taken on January 21, 2019 shows a burning ship after a fire engulfed at two gas tankers in the Black Sea off Crimea. (Photo: VCG)

The Federal Agency for the Sea and River Transport said the fire erupted while fuel was being pumped from one tanker to another. The blaze spread from one ship to the other, prompting the crews to jump overboard, according to Russian news agencies.

The news agencies quoted the federal maritime agency as saying the two vessels had 31 crew members combined who are citizens of Turkey and India.

The maritime agency said that salvage teams have saved 12 crewmembers, correcting its earlier report that 14 sailors have been rescued. It said that 11 bodies were taken from the sea, adding that rescuers saw another three dead but failed to recover them. The search for five missing seamen was continuing.

The Russian navy has joined the rescue operation, deploying two of its ships.

The fire erupted while the two vessels, the Maestro and the Candy, were anchored near the Kerch Strait linking the Black Sea and the Sea of Azov.