MOSCOW, March 25 (Xinhua) -- Russia is forced to abandon its plan of sending observers to monitor the upcoming Ukrainian presidential election, the Russian Foreign Ministry said in a statement on Monday. 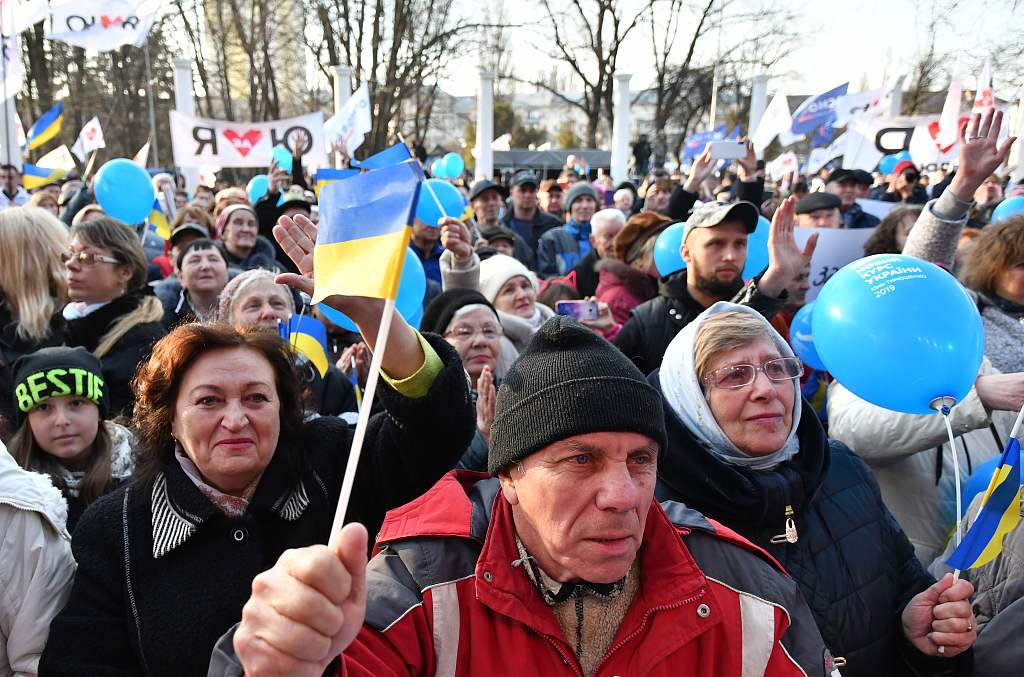 People listen to the speech of presidential candidate and former Ukrainian prime minister Yulia Tymoshenko during a campaign meeting in Kiev on March 24, 2019. Ukrainian presidential elections will be held on March 31. (Photo: VCG)

The Central Election Commission of Ukraine had refused to accredit 24 Russian citizens to monitor the March 31 presidential election as part of the Organization for Security and Cooperation in Europe (OSCE) mission, it said.

In February, Ukraine refused to accredit two Russian women who were heading to the country as long-term observers of the OSCE mission.

Short-term observers conduct monitoring only on the election day, while long-term members track the entire course of the electoral process before, on and after the polling day.

Later in February, the OSCE Office for Democratic Institutions and Human Rights (ODIHR) invited Russian short-term observers to Ukraine, which has been in conflict with Russia since 2014 due to Crimea and Donbass.

Russia accepted the invitation, but now it has decided to abstain from sending observers even for a short term.

The ministry expects the ODIHR, despite the absence of Russian observers, to be able to provide the international community with an objective, reliable and honest picture of the election in Ukraine.