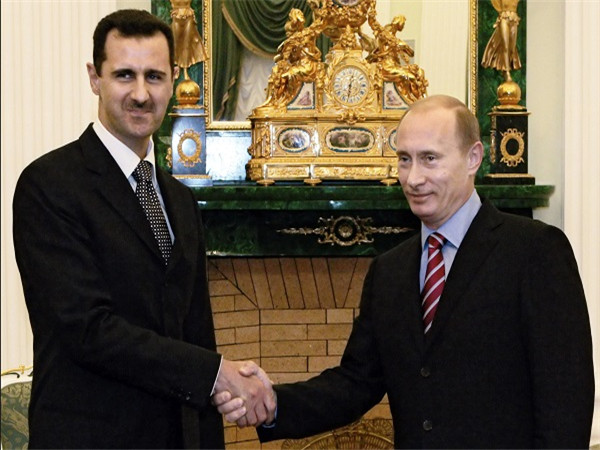 Russian Foreign Minister Sergei Lavrov on Monday accused the United States and its allies of hindering the peaceful settlement in Syria and attempting to topple the government of President Bashar al-Assad.

Speaking at a press conference, Lavrov said that the United States aimed to create alternative power structures on a significant part of Syrian territory.

For this purpose, Washington was supplying modern weapons to Kurdish militias in Syria and has announced the creation of a frontier security force alongside the border of Syria with Turkey and Iraq, he said.

At the same time, Washington is dissuading Syrian Kurds from dialogue with Damascus, he added.

According to the Russian minister, the role of Kurds in the future political process in Syria should be guaranteed on the common platform of all Syrian religious and political factions.

It is on this basis that Kurdish representatives have been invited to participate in the Syrian National Dialogue Congress to be held next week in the Black Sea resort of Sochi, Lavrov said.

Speaking about France's proposal to call an urgent meeting of the United Nations (UN) Security Council on the situation in Syria due to the Turkish military operation against Kurds in Syria's Afrin, Lavrov said Moscow was "worried about another manifestation of bias towards a certain development of the Syrian settlement."

He said that Paris insisted that the UN Security Council should examine not only the development in Afrin, but also the situation in the regions of Eastern Ghouta and Idlib.

Lavrov said that the West has been attempting for quite some time to create a "scandalous atmosphere" around those two regions, where the Syrian army successfully fought the Nusra Front militants.

In Lavrov's opinion, this proves once again the existence of a plan by the United States and the US-led coalition to save the Nusra Front with the aim of using it for changing the existing regime in Syria.

"It is absolutely unacceptable for us and we will offer tough resistance to such attempts," Lavrov said.