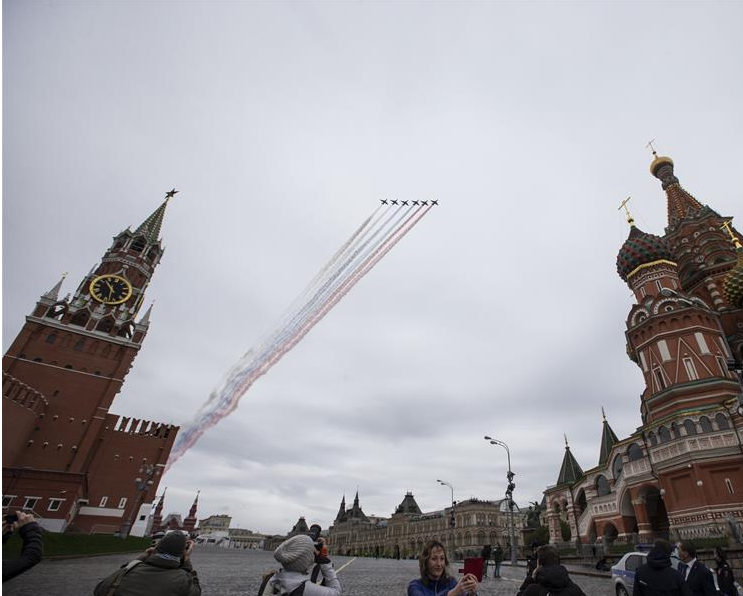 MOSCOW, May 10 (Xinhua) -- Russia has accused the United States of distorting the history of the World War II and downplaying the Soviet Union's role in defeating Nazi Germany.

"We are extremely indignant at the attempt to distort the results of the defeat of Nazism and the decisive contribution of our country," Russian Foreign Ministry said Sunday in a statement.

The ministry said it could not ignore the comment posted by the White House on social media, which only mentioned the United States and Britain as victors over the Nazis.

"The US officials have neither the courage nor the will to pay homage to the undeniable role and the huge death toll suffered by the Red Army and the Soviet people in the name of all humanity," it said.

"Unfortunately, such an attitude is clearly discordant with the statement adopted on April 25 by Russian President Vladimir Putin and US President Donald Trump on the occasion of the 75th anniversary of the meeting between Soviet and US soldiers at the Elbe River," it added.

Moscow is seeking to hold "a serious conversation" on the matter with US officials, according to the ministry.

Russia on Saturday briefly celebrated the 75th anniversary of the Soviet victory against the Nazis in World War II, amid its intensified battle against the COVID-19 pandemic.