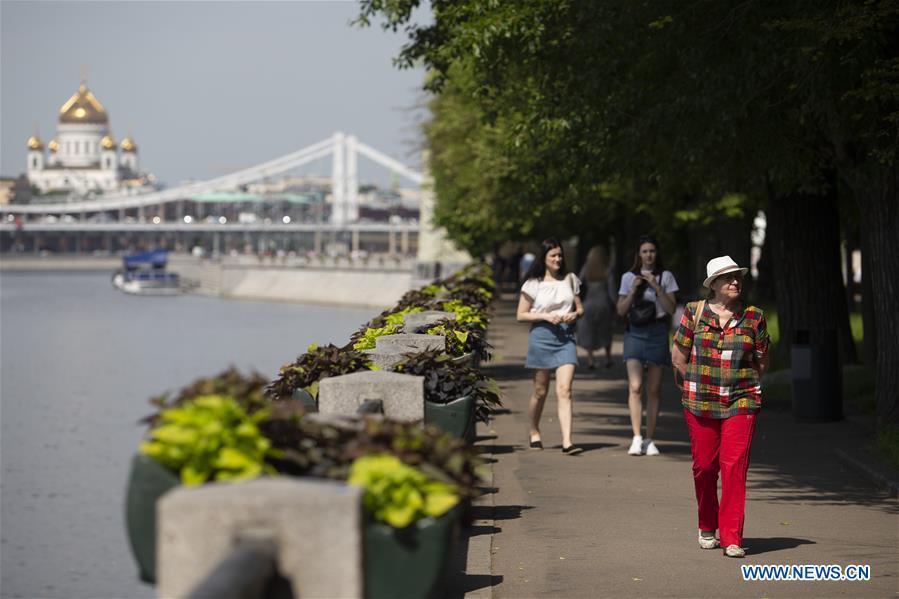 The city of Moscow began to spring to life on Tuesday as it entered a new phase. (Photo by Alexander Zemlianichenko Jr/Xinhua)

Russia added 7,843 COVID-19 cases in the past 24 hours, taking its total to 553,301, the country's coronavirus response center said in a statement Wednesday.

On Tuesday, 308,896 people were still under medical observation, while over 15.6 million COVID-19 tests have been conducted nationwide, Russia's consumer rights and human well-being watchdog said in a statement Wednesday.