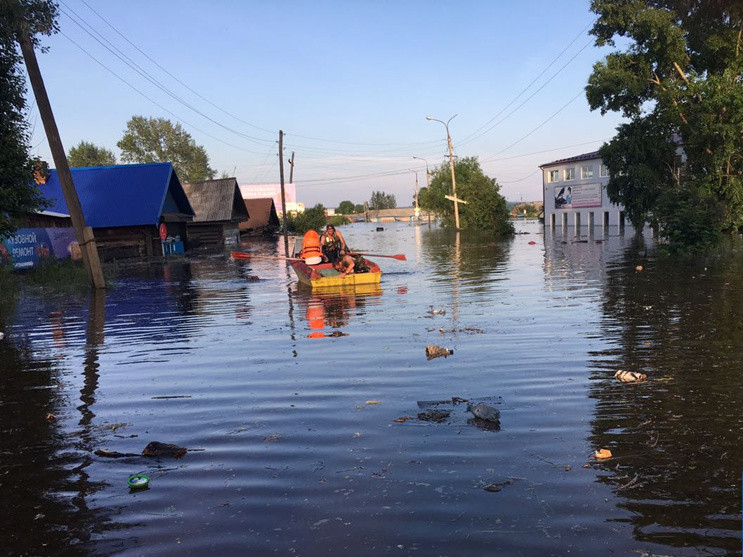 People ride a boat in a flooded street in a town of Tulun in Irkutsk region, Russia, in this undated handout photo released on June 28 by Russian Emergencies Ministry.

"Today, victims in Irkutsk region affected by the flood began receiving compensation. Funds for these purposes in the amount of 662 million rubles were allocated from the budget of the Russian Federation. The money has already been transferred to the regional budget. The region also paid 318 million rubles to the victims," said a statement published on the portal.

A total of 3,600 people affected by the flood will receive 10,000 rubles each on Sunday, Irkutsk's regional governor Sergey Levchenko was quoted by the statement as saying.

At least five people were killed and two people went missing as a result of the vast flood caused by heavy rainfalls over the past few days, according to the Russian Emergencies Ministry.

A state of emergency has been announced in the region.

On Saturday, Russian President Vladimir Putin held a meeting on the flood and instructed concerned government bodies to provide urgent aid to local residents and promptly restore power and infrastructure, including communication, transport, health care and education facilities, according to a Kremlin transcript.

Putin will hold another meeting on the situation in Irkutsk on Wednesday, the Kremlin said. (1 ruble = 0.016 U.S. dollar)