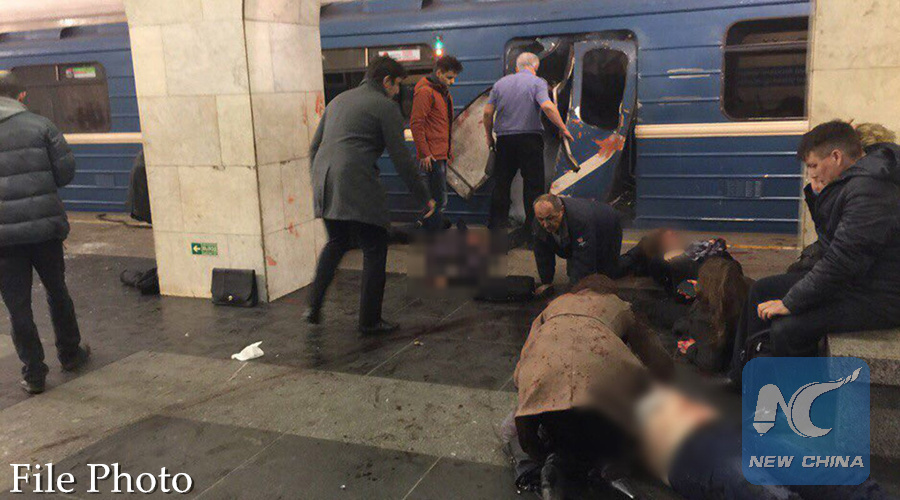 The photo taken on April 3, 2017 shows the blast site at a metro station in St. Petersburg, Russia. Photo: XINHUA

Russian President Vladimir Putin has signed amendments to the Criminal Law to toughen punishment of those who finance terrorism or recruit terrorists.

The amendments were published on Russia's official website of legal information on Friday.

Suspects convicted of funding terrorism or recruiting terrorists will face eight to 20 years in jail together with a fine of 300,000 (about 5,172 U.S. dollars) to 700,000 rubles or a life imprisonment.

Before the amendments, such criminals will face a prison term of up to ten years.

The amendments also introduced "propaganda of terrorism" to the Criminal Law, and the convicted will face five to seven years in prison with a fine of 300,000 to one million rubles.

Earlier this month, Russian Federal Security Service director Alexander Bortnikov said terrorists from the Middle East are attempting to penetrate Russia and other former Soviet republics after defeats in Syria and Iraq.

That was the worst terrorist act this year in Russia, which was also hit by repeated minor attacks, mainly in the North Caucasus region.