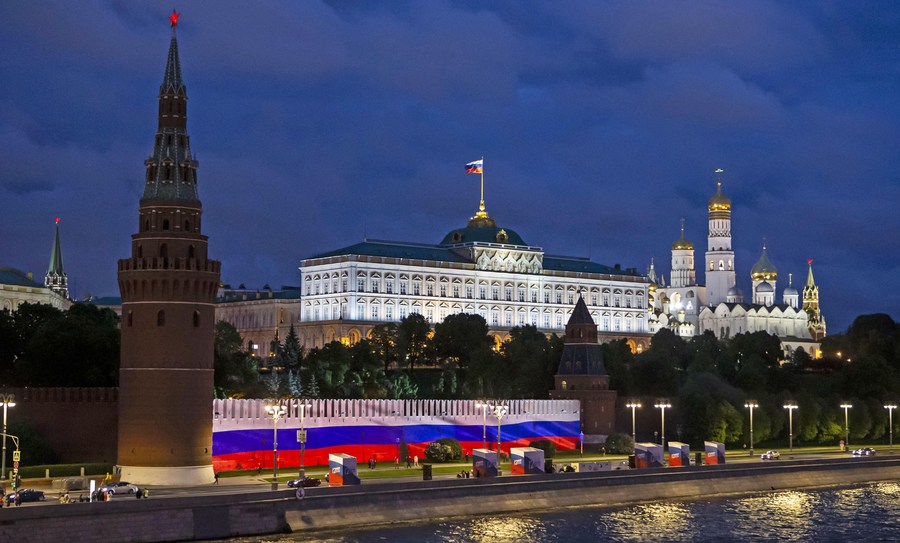 The Russian national flag is projected on the Kremlin wall to celebrate Russia Day in Moscow, Russia, on June 12, 2020. [Photo：Xinhua]

MOSCOW - The Russian Foreign Ministry announced on Tuesday that an additional 25 US citizens have been indefinitely barred from entering Russia in response to the sanctions repeatedly imposed by Washington.

US President Joe Biden's wife Jill Biden and his daughter Ashley Biden are among the newly blacklisted.

According to a full list published by the Russian Foreign Ministry, over one thousand Americans are now subject to the entry ban, including the previously named US President, Secretary of State Antony Blinken and Secretary of Defense Lloyd Austin.