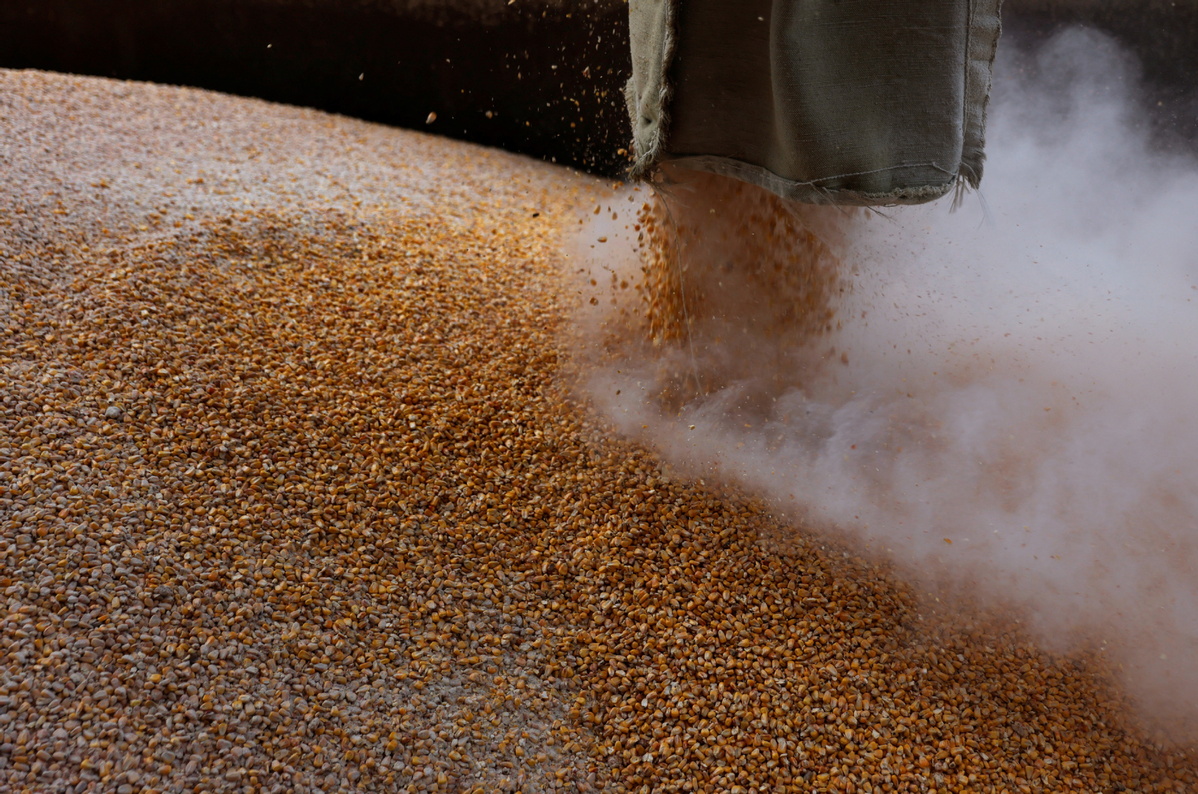 Grain is loaded on a truck at a flour mill facility in Chernihiv region, Ukraine, May 24, 2022. (File photo)

Russia asked the West on Thursday to lift sanctions over its "special military operation" in Ukraine, and blamed it on a growing food crisis that has been worsened by Kyiv's inability to ship millions of tons of grain and other agricultural products.

Russian President Vladimir Putin told Italian Prime Minister Mario Draghi that Moscow "is ready to make a significant contribution to overcoming the food crisis through the export of grain and fertilizer on the condition that politically motivated restrictions imposed by the West are lifted", according to a Kremlin readout of the call.

Britain insisted that there would be no sanctions relief.

With the conflict grinding into its fourth month, world leaders have ramped up calls for solutions.

Ukraine is one of the world's largest exporters of wheat, corn and sunflower oil, but the conflict has halted much of that flow, endangering global food supplies.

World Trade Organization Director-General Ngozi Okonjo-Iweala said about 25 million metric tons of Ukrainian grain is in storage and another 25 million tons could be harvested next month.

The Russian Defense Ministry proposed corridors to allow foreign ships to leave ports along the Black Sea, as well as Mariupol on the Sea of Azov.

Mikhail Mizintsev, head of Russia's National Defense Control Center, said 70 foreign vessels from 16 countries were in six ports on the Black Sea, including Odessa, Kherson and Mykolaiv. He did not specify how many might be ready to carry food.

Ukrainian Foreign Minister Dmytro Kuleba said his country was ready to agree on safe corridors in principle, but that some concerns remained.

In a nightly video address, Ukrainian President Volodymyr Zelensky called for imposing even tougher sanctions on Russia and more weaponry aid to Kyiv.

Meanwhile, Belarusian President Alexander Lukashenko proposed to set up the Southern Operational Command over the border with Ukraine.

On May 15, Igor Korol, deputy chief of the General Staff of the Armed Forces of Belarus, said the Ukrainian military was mining roads and bridges on the territory adjacent to Belarus.

"A new front has opened and we can't fail to pay attention to it,"Lukashenko, in military uniform, told a televised meeting of defense officials.

"The troops, special operations forces and battalion tactical groups are on rotational orders and have been sent to the south on my decision and are shielding the border together with the border guards."