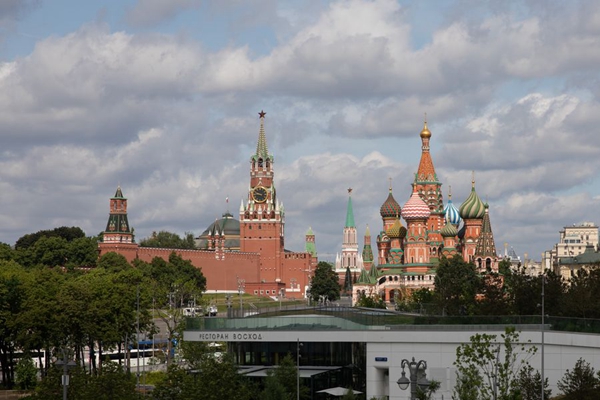 Photo taken on June 3, 2019 shows the Kremlin Palace (L) and the Saint Basil's Cathedral in Moscow, capital of Russia. [Photo/Xinhua]

A core element of the country's agenda is the Russia-China comprehensive strategic partnership of coordination for a new era, "which we will deepen further," Ryabkov said during an online lecture at the Moscow State Institute of International Relations.

He said Moscow-Beijing relations of trust dictate a need to continue close bilateral coordination at international platforms, including the UN Security Council, the Group of 20 and BRICS.

There is no hidden agenda in Russia-China relations and their cooperation is not aimed against other countries, the Russian senior official noted.

According to Ryabkov, Russia finds in the interaction and dialogue with China a significant source for strengthening its own positions and security in various dimensions.

"If the United States expects to take advantage of the coronavirus pandemic in order to undermine the positions of Russia and China in the international arena, I think such expectations are wrong," Ryabkov added.