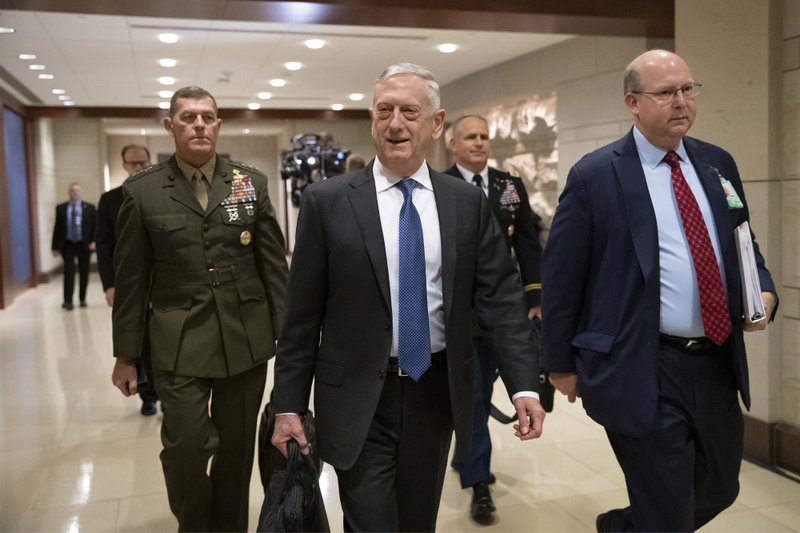 Russia wants to sit down with Pentagon officials for “open and specific” talks on alleged violations of the Intermediate-Range Nuclear Forces treaty, the Russian Defense Ministry said Saturday.

The US claims Russia is violating the INF treaty, and on Dec. 4 issued an ultimatum that Moscow come into compliance with the accord in 60 days, or else Washington will withdraw. Russia denies it’s in breach of the treaty.

Russian Defense Minister Sergei Shoigu sent his counterpart, US Defense Secretary James Mattis, a proposal for launching a dialogue three days ago, according to a statement Saturday.

But Russia says it hasn’t received any official reply from the Pentagon, which spokesman Maj. Gen. Igor Konashenkov said proves that the US is unwilling to maintain professional dialogue with Moscow on security issues.

On Friday, the Russian mission to the UN submitted a draft resolution calling for the international community to support the INF treaty against Washington’s threat of withdrawal, warning that a collapse of the treaty could undermine nuclear arms control across the board.

Washington began sounding off on a potential Russian violation of the INF treaty under President Barack Obama.

Under President Donald Trump, those allegations have been specified and coupled with threats of unilateral withdrawal from the landmark 1987 arms agreement, which banned an entire class of ground-launched missiles with ranges between 500 and 5,000 kilometers (310-3,100 miles).

The US claims that a new Russian missile, designated by NATO as the SSC-8, operates in ranges forbidden by the INF treaty. Russia has strongly and routinely denied the claim, at times throwing accusations of non-compliance back at Washington.

These claims have, at times, focused on US deployment of anti-missile systems in Romania and Poland. Moscow takes specific issue with the US Mk-41 vertical launching system used by these missile defense installations.

The Mk-41, derived from the US Navy’s Aegis missile system, can launch a variety of American missiles — including the sea-launched Tomahawk cruise missile, a weapon that would be banned by INF were it deployed on a ground-based launcher.

INF not only bans ground-based intermediate-range missiles, but their launchers too. And Moscow has seized on this point to claim the US is responsible for destabilizing the INF treaty.