WORLD Russia condemns US crackdown on TikTok as 'unfair'

Russia condemns US crackdown on TikTok as 'unfair'

A Russian foreign ministry spokesperson condemned the Trump administration's crackdown on TikTok as a reflection of "unfair commercial competition," according to the Xinhua News Agency. 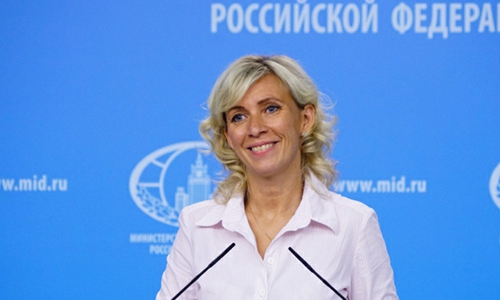 Maria Vladimirovna Zakharova, the aforementioned Russian government official, said that the US has banned citizens from cooperating with TikTok based on "ungrounded" accusations and has forced ByteDance, TikTok's parent company, to sell TikTok to a US company in an "aggressive" manner.

This move is another example of the US using unfair commercial practices to gain an advantage in the global information industry, Maria Vladimirovna Zakharova said.

She also noted that what the US has done (to TikTok) has violated WTO rules and runs counter to the basic principles of a free market economy, suggesting that the US should reconsider their methods in guaranteeing the monopoly of US IT conglomerates.

Furthermore, she urged international professional institutions and rights protection organizations to evaluate and respond to the US action fairly and appropriately.

The US government issued an executive order on Thursday that will see TikTok banned within 45 days. The US also banned another popular Chinese social media app, WeChat.

Chinese Foreign Ministry spokesperson Wang Wenbin also noted earlier in a press conference that the US' political crackdown and manipulation will only bring about moral decline, a damaged international image and declining trust from the global community.