Russia confirms second loan for Belarus in talks in Sochi

Russia will move ahead with a second $500 million loan to Belarus in June, following talks between the two countries' leaders amid uproar in the West over the grounding of a passenger jet in Minsk and the arrest of a dissident blogger. 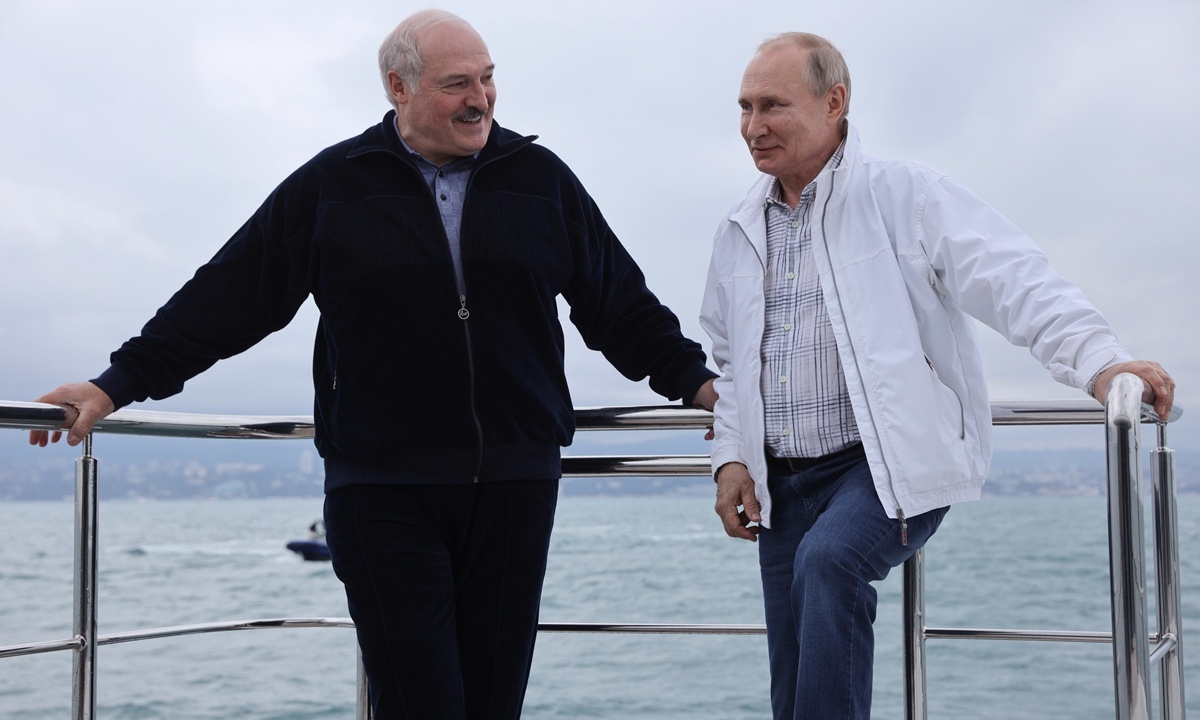 Russian President Vladimir Putin and Belarusian leader Alexander Lukashenko held a second day of talks, as well as a yacht tour, in the southern Russian city of Sochi on Saturday, as the Russian leader showed his longstanding ally support in this latest standoff with the West.

Russia promised Belarus a $1.5 billion loan in 2020 as part of Moscow's efforts to stabilize its neighbor. Minsk received a first installment of $500 million in October.

Belarus is to receive the second tranche before the end of June, the RIA news agency reported.

Putin on Friday met with his Belarusian counterpart Lukashenko in Sochi where the leaders discussed the aftermath of the Ryanair incident, the Kremlin said in a statement.

Putin agreed with Lukashenko's opinion that the reaction to the Ryanair landing demonstrated an "emotional outburst," and added there were many other common fields of interest both leaders could discuss, according to the statement.

Putin recalled an incident that took place in 2013, when the airplane of the Bolivian president was forced to land at a different location, pointing out the reaction back then was rather quiet.

Lukashenko in turn told the Russian leader he would show him documents related to the recent emergency landing of the Ryanair flight.

"There has been an attempt to stir up the situation so it would end up being similar to that of August last year... It is simply clear what these Western friends want from us," he said, speaking of mass election protests in Belarus in 2020.

The Irish airline Ryanair said that flight FR4978 from Athens to Vilnius was directed to an airport in Minsk on Sunday as crew on the plane had been alerted to a possible security threat by Belarusian authorities, adding that nothing untoward was found.

Minsk scrambled a MiG-29 fighter plane to escort the jetliner down, and then arrested Roman Protasevich, a blogger and critic of Lukashenko who was on board. Arrested with Protasevich was his girlfriend, a Russian citizen.

Putin on Saturday raised the topic of Sofia Sapega, the TASS news agency reported, citing Kremlin press secretary Dmitry Peskov. "President Lukashenko informed his Russian colleague in detail about what happened with the Ryanair flight," TASS cited Peskov as saying. He added the Kremlin would take note of the fact that Sapega also has a Belarusian residency permit.