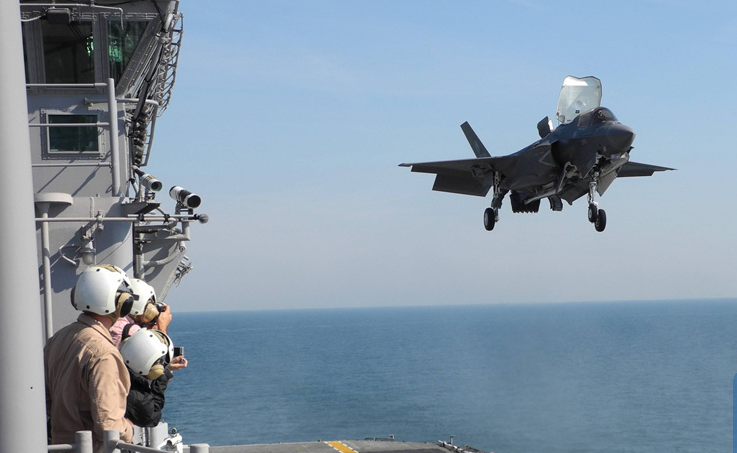 A F-35 fighter jet performs a vertical landing on the USS Wasp during sea trials off the coast of Virginia, October 18, 2011. (Photo: Xinhua)

"In the future, all aircraft-carrying vessels will need new planes and various technologies will be used, which enable shortened or simply vertical take-off and landing," Borisov told reporters at the Army-2018 International Military Technical Forum.

He said the Russian Defense Ministry began this work last year and normally it will take seven to 10 years before serial production of such aircraft.

Borisov said it will be a totally new aircraft and not a modernized version of previous VTOL jets.

Two of the carriers were converted into floating hotels, one dismantled, and the last one revamped and sold to the Indian Navy.

Yak-141 aircraft were decommissioned in the middle of the 2000s as Russia's sole aircraft carrier Admiral Kuznetsov, which is currently being repaired, was designed for traditional aircraft.

Russia has announced plans to build another aircraft carrier to supplement Admiral Kuznetsov.