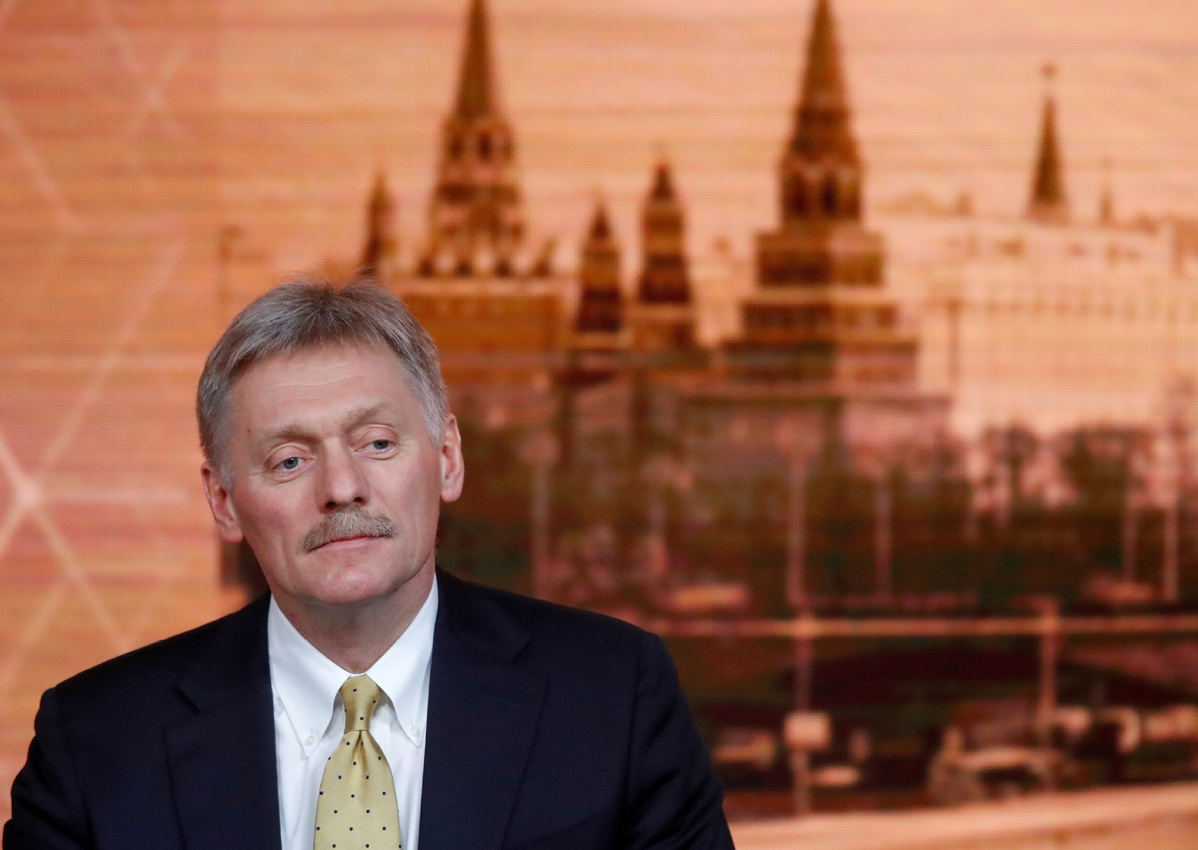 Russian officials hit back on Wednesday at reports by US media that the country is spreading disinformation about the coronavirus pandemic, branding the claims as yet more evidence of a neurotic obsession.

The Associated Press and The New York Times on Wednesday reported that Russian intelligence services are using three English-language websites to disseminate the disinformation about the pandemic. The reports also claimed that files from newly declassified intelligence reveal how Moscow is trying to influence public opinion in the United States in the lead-up to the presidential election in November.

Two Russians who have held senior roles in Moscow's military intelligence service, known as the GRU, have been identified as being responsible for a disinformation campaign meant to reach US and other Western audiences, the AP quoted two anonymous US government officials as saying on Tuesday.

The news agency said the disclosure comes as the spread of disinformation, including that alleged to originate from Russia, is increasingly viewed as a concern in the US heading into the poll.

Kremlin spokesman Dmitry Peskov said such reports from the US reflect an ongoing neurotic obsession in the country.

"Russian media outlets are actively working to cover the coronavirus situation. Indeed, the (situation) in Russia is not without problems but it is overcoming the difficult period better than many other countries," said Peskov, in dismissing the reports from US media as Western fear-mongering.

"All media outlets are highlighting the considerable difficulties that the United States is having as it endures this period. Therefore, in this case when someone talks about some disinformation, it is a perpetual phobia, and there shouldn't be any accusations of disinformation hurled against high-quality and objective reporting by mass media outlets."

In a separate report by The New York Times, Laura Rosenberger, the director of the Alliance for Securing Democracy, said Russian intelligence agencies "are taking a more central role in disinformation efforts that Russia is pushing now".

While the alleged disinformation efforts outlined on Tuesday by the two US officials－also quoted by The New York Times－were focused on the pandemic, security researchers said Russia is pushing false claims on a variety of topics, the newspaper said.

The New York Times reported that many of the items generated by Russian intelligence were published on InfoRos, a site controlled by the Russian government, and OneWorld.Press, a nominally independent site that US officials said had ties to the GRU. The US officials said other sites, such as GlobalResearch.ca, regularly amplify GRU propaganda, but officials have not directly linked it to Russian intelligence, the report said.

State Duma Committee on Foreign Affairs Chairman Leonid Slutsky called the accusations fake news, adding that members of the Democratic Party in the US continue to exploit the myth of Russian meddling.

US politicians keep cultivating myths about Russian interference in the US' internal political processes, the Russian lawmaker said. They are doing so in a bid to justify their own miscalculations and failures, and to evade responsibility for the health and economic crisis in the country, he said.