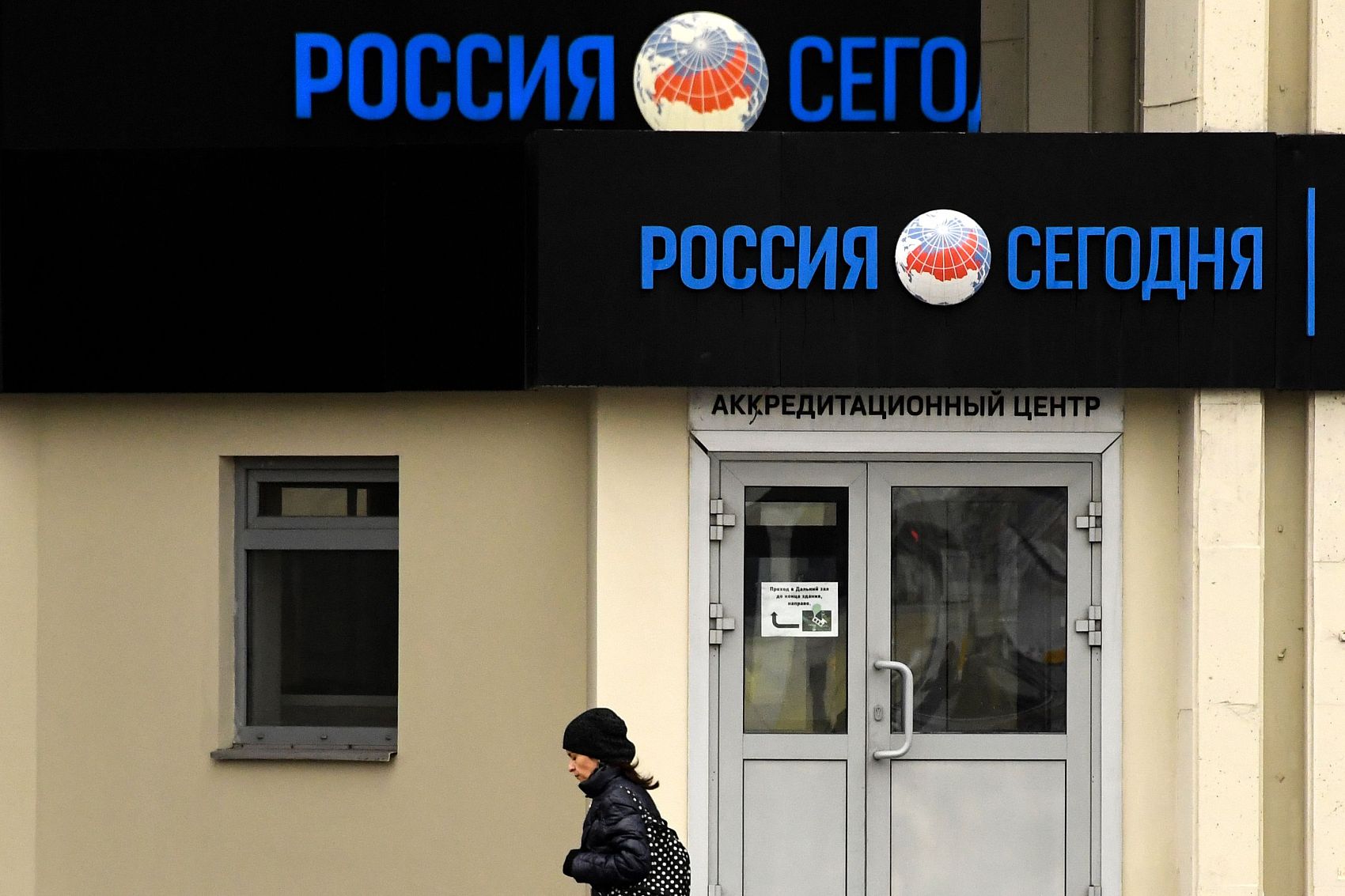 Russian lawmakers submitted legal amendments Tuesday that would allow the government to register international media outlets as foreign agents, a retaliatory move to a demand the US made to a Russian TV channel.

The amendments, which could be voted on Wednesday, came after the Russian state-funded RT registered with the US Justice Department as a foreign agent following pressure from the US government.

US intelligence agencies have alleged that RT served as a tool for the Kremlin to meddle in the 2016 US presidential election. Russia has denied any interference.

Following the registration, the news outlets would be subject to requirements that already apply to foreign-funded non-governmental organization under a 2012 law on foreign agents.

The law requests all groups that receive foreign funding and engage in vaguely defined political activities to register as foreign agents. Critics of the law have said the definition of political activity is so loose that it could be used against almost any non-governmental organization.

The law was approved after a slew of massive anti-Kremlin protests in Moscow in 2011-2012. President Vladimir Putin accused the US of instigating them.

At the same time, Putin has harshly criticized the US demand regarding the RT channel as an attack on freedom of speech. He said Russia would retaliate.

The amendments to cover non-Russian media outlets are on a rapid course. The Duma's lower house is set to approve them on Wednesday. They would then go pass quickly to the upper house and then to Putin for signing.

It wasn't immediately clear how the proposed amendments would be applied.

They are broadly phrased to allow the government to declare practically any foreign media outlet as a foreign agent. But Russian officials and lawmakers emphasized Tuesday that they would take a measured approach, one strictly proportionate to the US action.

The Committee to Protect Journalists, a New York-based independent press freedom watchdog, criticized the US Department of Justice order for the RT to register as a foreign agent as a "bad idea."

"This is a shift in how the law has been applied in recent decades, so we have little information about how its reporting requirements might affect individual journalists," CPJ North America Program Coordinator Alexandra Ellerbeck said. "We're uncomfortable with governments deciding what constitutes journalism or propaganda."

At the same time, the Committee to Protect Journalists urged Russia not to take retaliatory steps.

"It's outrageous that the Russian government, which has attacked, undermined, and stifled independent media, and failed to properly investigate the murders of leading independent journalists in the country, is now threatening measures to curtail the work of international media organizations," CPJ Europe and Central Asia Program Coordinator Nina Ognianova said in a statement.

Ognianova added that while the US move on RT was "ill-advised," Russia also would be amiss "to use it as a pretext to justify punitive action."