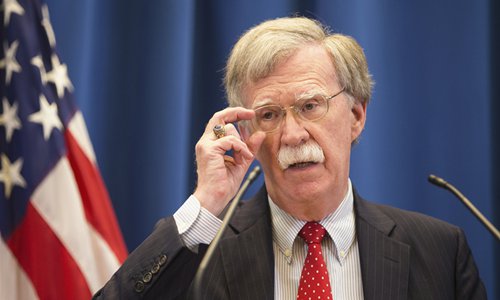 The US policy toward Russia is unlikely to change dramatically after US President Donald Trump fired his national security advisor John Bolton, Russian officials said Wednesday.

"We don't think that the exit of any individual, even if such a senior official, could somehow seriously affect the adjustment of US foreign policy," Kremlin spokesman Dmitry Peskov told reporters.

He said that Moscow still "looks for a way out of the deplorable state in Russia-US bilateral relations."

Moscow will not be able to find a way out of this situation alone, so it hopes that Washington will sooner or later show reciprocity, Peskov said.

"It is the president that defines politics in the United States and he has repeatedly spoken out for normalization of trade and economic, humanitarian and general political ties between our countries, for building up cooperation in the international arena," Lavrov said at a press conference.

Trump tweeted on Tuesday that he had asked Bolton to quit his job, but Bolton argued that he himself resigned.