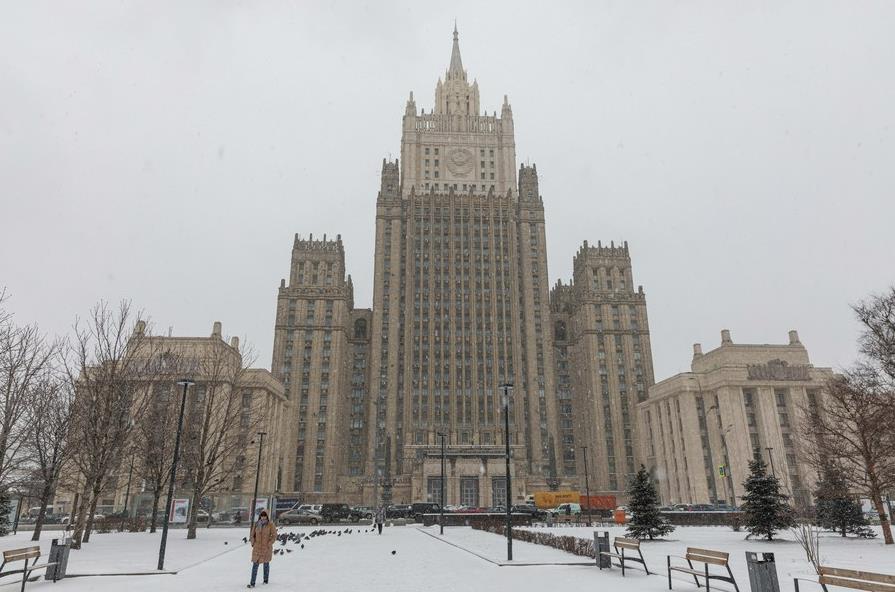 People walk near the building of the Russian Foreign Ministry in Moscow, March 28, 2022. [Photo：Xinhua]

MOSCOW - Russia has declared eight Greek diplomats "personae non gratae," ordering them to leave the country within eight days, the Russian Foreign Ministry said in a statement on Monday.

Greek Ambassador to Russia Ekaterini Nassika was summoned to the Foreign Ministry in protest over the expulsion of Russian diplomats in Greece and Greece's supply of weapons and military equipment to Ukraine, the statement said.

The measures were taken as a direct response to the hostile actions of the Greek authorities, and Moscow will reserve the right to respond if Athens continues to take such an anti-Russian course, it added.