Moscow's ties with number of countries put to test

Compared with the challenges it faces from the United States, Russia is experiencing more serious tensions with some European nations. 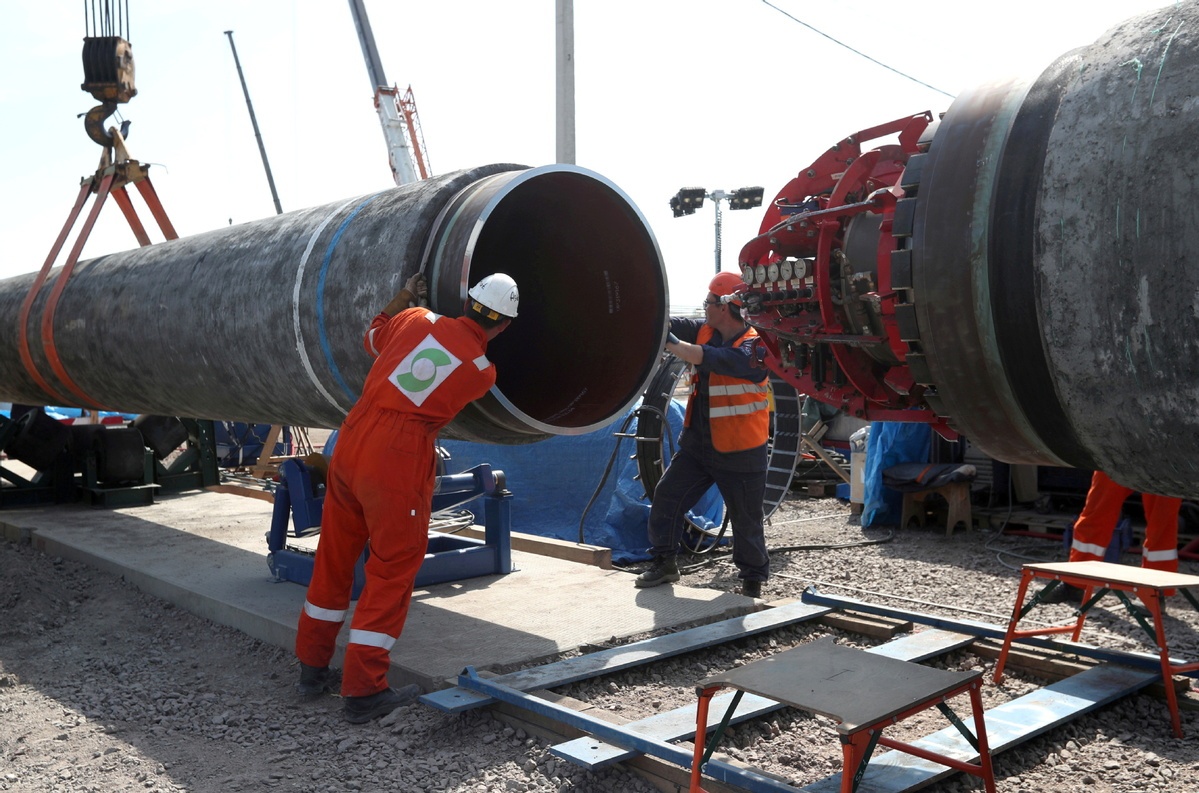 FILE PHOTO: Workers are seen at the construction site of the Nord Stream 2 gas pipeline, near the town of Kingisepp, Leningrad region, Russia, June 5, 2019. (Photo: Agencies)

In the middle of last month, the Russian Federal Security Service and the Belarus State Security Committee acted to prevent a coup that would reportedly have resulted in the assassination of Belarusian President Alexander Lukashenko and his children being kidnapped.

At about the same time, the Czech intelligence agencies, which Russia has accused of working in tandem with their Western counterparts, exposed what they said was an "act of state terrorism".

They accused Alexander Petrov and Ruslan Boshirov, who were charged with poisoning the former Russian spy Sergei Skripal and his daughter with a deadly nerve agent in the English town of Salisbury in 2018, of orchestrating an explosion in October 2014, at an arms depot in the Czech Republic, in which two men died.

The Czech authorities appear to have plenty of evidence to support their allegations. They said that access passes to the depot, supposedly for an inspection visit, were ordered for the two men, who stayed at a hotel near the site.

According to Czech media outlet Lidovky.cz, there is even closed circuit television footage of Petrov and Boshirov visiting the depot the day before the explosion.

As for motive, according to Czech media, at the time of the explosion, the depot was supplying arms to Ukraine, which was waging a war against separatists in its eastern Donbas region. The arms dealer responsible was reportedly Emilian Gebrev, a Bulgarian businessman who survived being poisoned in the Bulgarian capital Sofia six months after the explosion.

There are still unanswered questions relating to the blast, such as why there was another explosion at the depot just two months later, and why the Czech authorities have only just made their claims public. Former Czech foreign minister Tomas Petricek, who was dismissed earlier this month, claims he has known about them for some time.

Meanwhile, the Czech Republic announced the expulsion of 18 Russian diplomats it identified as undercover intelligence officers.

Interior Minister Jan Hamacek, who has also served as the country's foreign minister, said the Russian embassy staff members were clearly identified as spies from the Russian intelligence services known as GRU, the Main Directorate of the General Staff of the Armed Forces, and SVR, the Foreign Intelligence Service. They were ordered to leave the country within 48 hours.