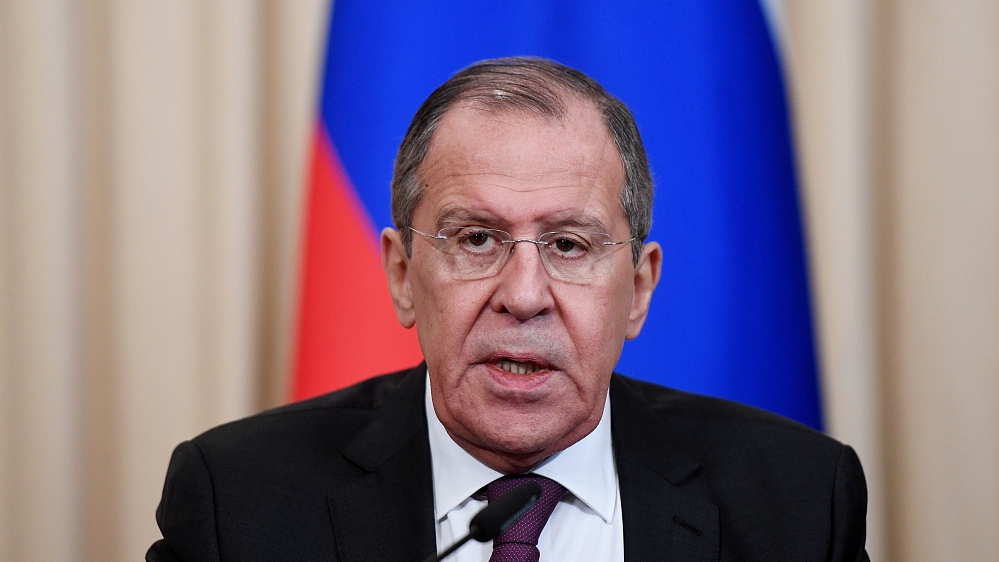 Russian Foreign Minister Sergey Lavrov said in a recent interview that Russia and China are the stabilizers in international affairs, and there is no exaggeration that their ties have reached "the best level in history," as has been repeatedly hailed by the leaders of the two countries.

Lavrov made a comment in a joint interview in Moscow ahead of his visit to China for 16th Meeting of the Foreign Ministers of China, Russia and India in Wuzhen, east China's Zhejiang Province on February 27.

Chinese President Xi Jinping and Russian President Vladimir Putin met four times last year. "Whenever the Russian and Chinese leaders attend the multilateral events, they always set aside time for bilateral meetings," Lavrov said, adding that it allowed the two sides to discuss issues of mutual concern and figure out the nuances in the positions of the two sides for a common plan.

Lavrov also expressed hope that the two countries would strengthen their role in international affairs to elevate bilateral ties.

This would bring the greatest respect for the voices of all members in international organizations, which is sometimes still lacking, he said.

Russia and China have set a good example for leading the development of international relations, Lavrov pointed out.

As the top Russian diplomat will soon meet his Chinese and India counterparts in Wuzhen, Lavrov stressed it is necessary to stabilize the Russia-China-India trilateral cooperation mechanism.

The mechanism was first proposed by Russia in late 1990s that aimed at enabling the three main representatives of emerging economies to play a larger role in the building of new regional and international relations, Lavrov explained.

At an informal trilateral meeting last year, leaders of China, Russia and India all agreed to strengthen coordination, build consensus and increase cooperation among their countries to jointly promote world peace, stability and development, he pointed out.

Lavrov also answered questions from reporters on hot-spot issues such as Russia-U.S. relations, Russia-Japan peace treaty negotiations and the situation on the Korean Peninsula.

When asked by a CCTV reporter for comments on the Russian experts' views that the hopes are dimming for improved Russia-U.S. relations in 2019, Lavrov said Russia is open to constructive dialogue based on fairness and mutual benefits.

"The ball is in the U.S.' court," he noted, adding that the downfall of Russia-US relations is directly related to the latter's political struggle at home.

As for peace treaty with Japan, Lavrov said Japan must recognize the results of World War II and build a good atmosphere for negotiations, rather than going against it.

The Russian diplomat welcomed the second summit between DRPK and U.S. leader in Hanoi. He expected that the new summit will turn the consensus into action to ease the tension in Northeast Asia and ultimately realize the denuclearization of the Korean Peninsula.