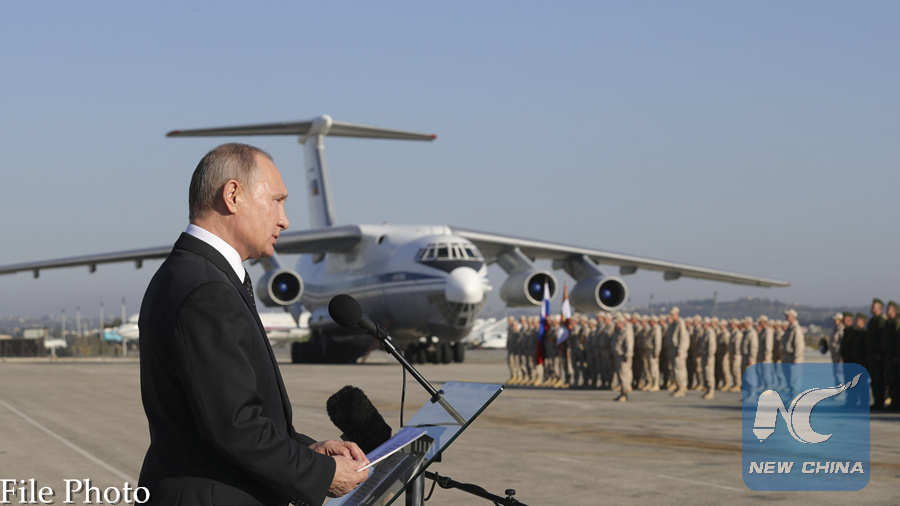 Seven combat drones were destroyed by surface-to-air missiles and anti-aircraft artilleries, while another six were brought to ground by radio-electronic warfare equipment with three of them exploding after hitting the ground, the statement said.

The Hmeymim airbase and Tartus naval base are operating normally after the drone attacks, it said.

Moscow began military operations against terrorist groups in Syria at the request of Damascus since September 2015.

With the support of the Russian bombing, the Syrian government has retaken most of its territories controlled by the Islamic State group in the past two years.

Given the victory on the ground, the Russian army began a partial withdrawal of its troops in Syria early last month under the order of President Vladimir Putin.

Russia said it will keep the Hmeymim and Tartus bases in case of the reemergence of terrorists.