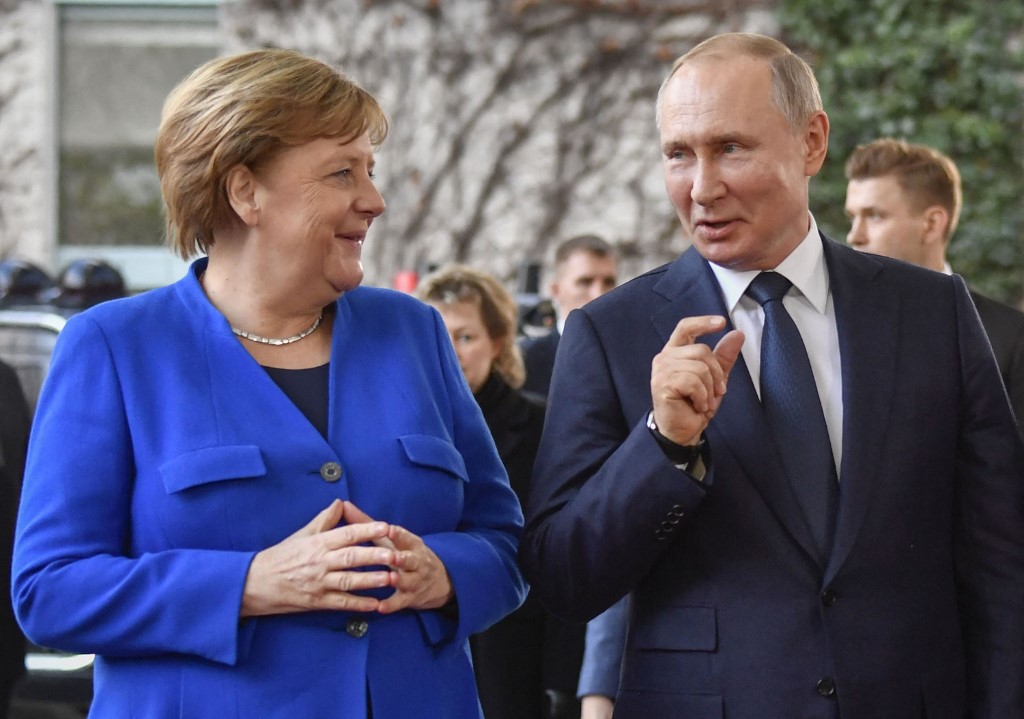 In this file photo taken on January 19, 2020 German Chancellor Angela Merkel greets Russian President Vladimir Putin (C) with Secretary-General of the United Nations (UN) Antonio Guterres upon his arrival to attend the Peace summit on Libya at the Chancellery in Berlin. (Photo: CFP)

German Chancellor Angela Merkel said Friday that despite their differences, Moscow and Berlin need to maintain dialogue, speaking on her final working visit to Russia.

"Even if we have deep disagreements, we are talking to one another and it should stay that way," Merkel told Russia's President Vladimir Putin during a televised part of their meeting.