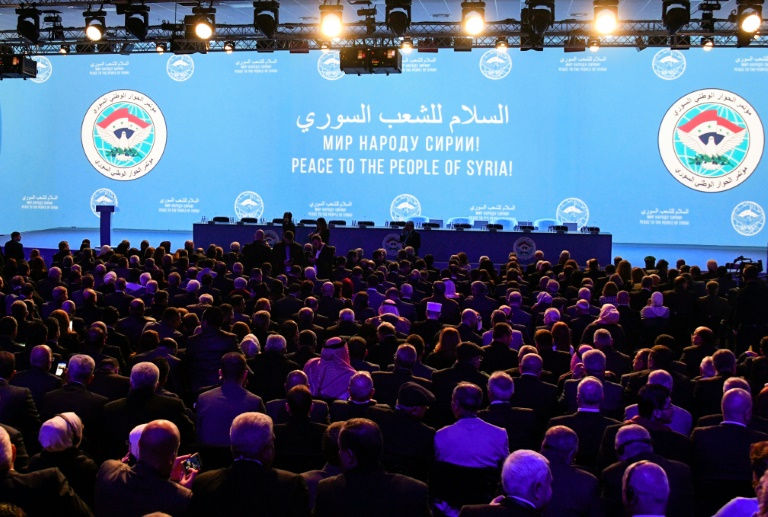 Regime-backer Moscow has invited 1,600 delegates to the meeting in the Black Sea resort of Sochi.

Russia on Tuesday hosted a showpiece congress aimed at bringing Syria's seven-year war to an end, but hopes were low after rebels pulled out at the last minute following boycotts by the main opposition and Kurds.

Regime-backer Moscow says it invited 1,600 delegates to the meeting in the Black Sea resort of Sochi as part of a broader push to consolidate its influence in the Middle East and start hammering out a political solution to the conflict.

An opening speech by Russian Foreign Minister Sergei Lavrov, delayed by two hours because of ongoing negotiations, was interrupted both by cries of "Long live Russia!" and angry heckling from Syrian delegates.

Reading out a letter from President Vladimir Putin, Lavrov called for the UN to play a leading role in any political settlement, following fears Russia is seeking to undermine separate UN-backed talks with a view to carving out a deal that strengthens Moscow's ally President Bashar al-Assad.

Representatives of rebel groups flew into Sochi from Turkey late Monday but refused to leave the airport after seeing the symbol of the congress featured only the Syrian regime flag.

A rebel source told AFP that Russian hosts had promised to change the symbol, which was displayed on posters in the airport as well as billboards on the road towards Sochi, and in the congress hall itself.

"We were surprised that none of the promises were fulfilled, the brutal bombardment on the civilians didn't stop, the regime flags weren't removed from the conference banners, in addition to the lack of diplomatic manners from the hosting state," the rebels at the airport said in a statement.

After negotiations overnight and into the next day, including phone calls between the Russian and Turkish foreign ministers, the rebels flew back to Turkey without visiting the congress.