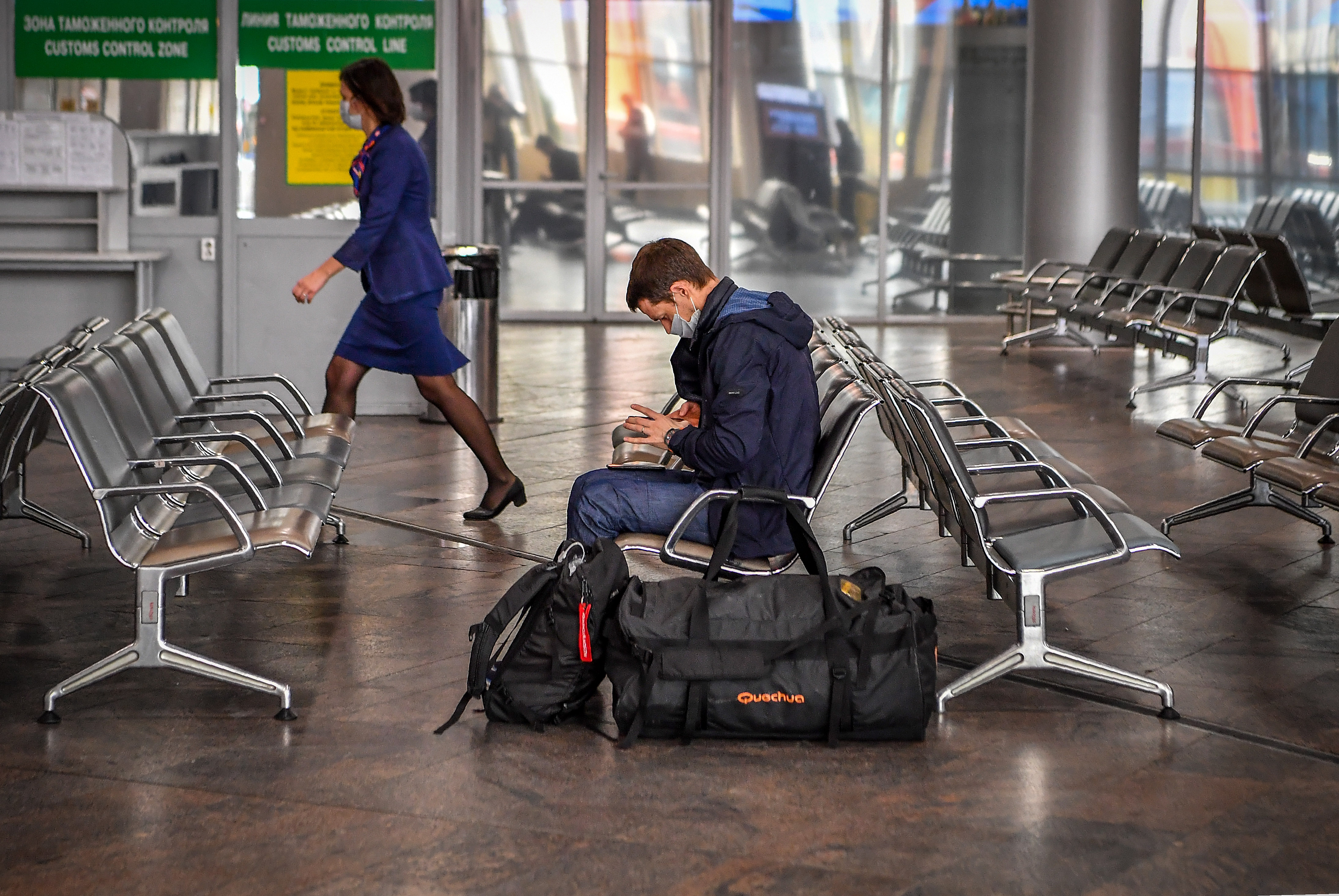 People gather at Moscow's Sheremetyevo airport terminal F for a repatriation flight to France for French and European nationals stuck in Russia because of the coronavirus crisis, April 4, 2020. (Photo: AFP)

Earlier in the day, the ministry summoned the British ambassador to Russia, informing her of the entry ban, which covers those who are involved in escalating anti-Russian sanctions.

The ministry said the step was taken in response to London's "unconstructive and unfriendly" decision in October to impose "unacceptable and unreasonable" restrictions on Russian citizens for their alleged involvement in the incident with Russian opposition leader Alexei Navalny.