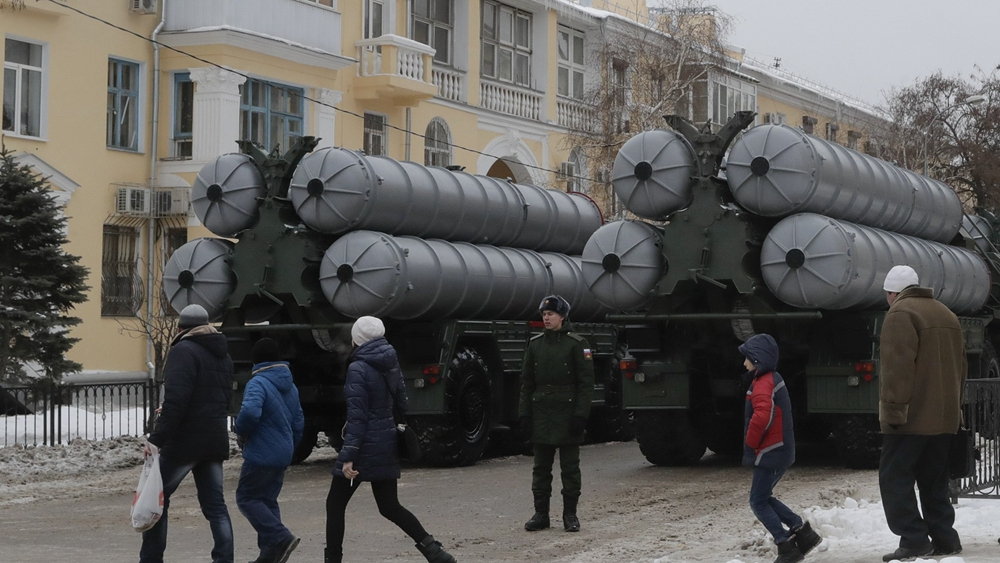 Russian President Vladimir Putin will oversee the signing of a five-billion-US-dollar deal this week to supply New Delhi with S-400 air defense systems, a top Kremlin aide said on Tuesday ahead of Putin's trip to India.

"The key feature of this visit will be the signing of the agreement to deliver S-400 air defense systems," he said. "The value of the contract will be more than five billion US dollars."

Moscow has been negotiating to sell the S-400 long-range surface-to-air missiles to India for months.

The sale has irked India's defense partner Washington, which has wanted to wean India off Russian technology, and a senior Pentagon official said in August that sanctions against India would come under consideration if its purchase goes through.

India has signaled it will ask Washington for a special waiver from sanctions, though a US official last week said there is no guarantee it would do so.

(Top image: People walk past Russian S-400 missile air defense systems before the military parade to commemorate the 75th anniversary of the battle of Stalingrad in WWII in the city of Volgograd, Russia, February 2, 2018. Photo: VCG)