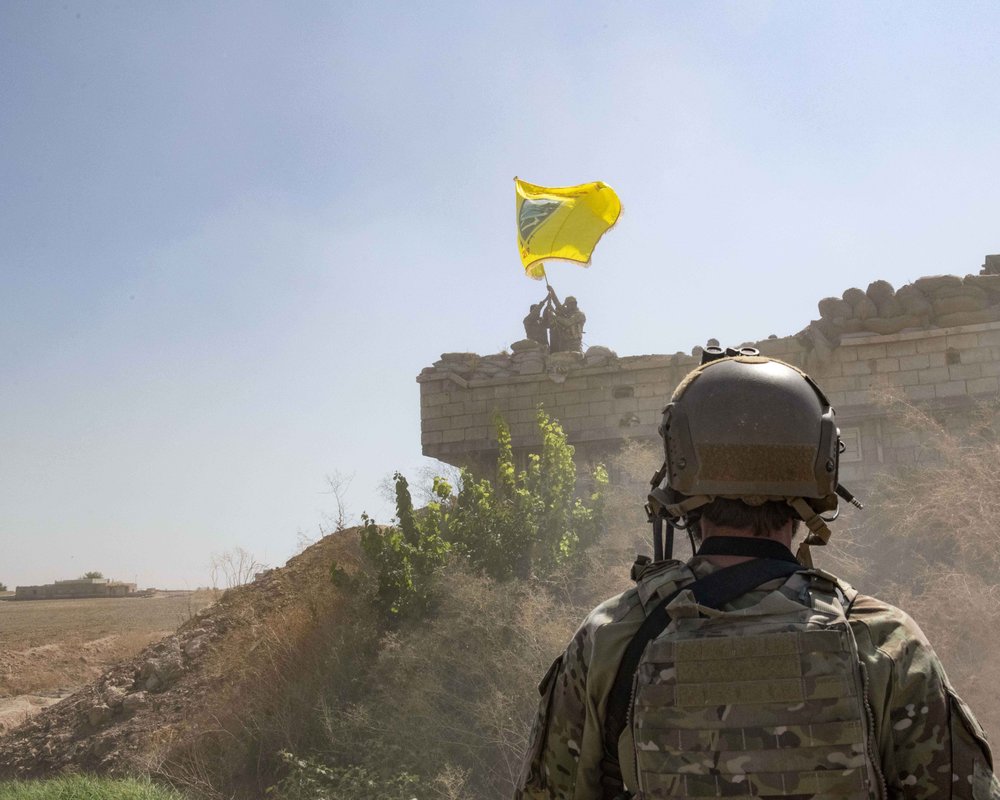 In this Sept. 21, 2019, photo, released by the US Army, a US soldier oversees members of the Syrian Democratic Forces as they demolish a Kurdish fighters' fortification and raise a Tal Abyad Military Council flag over the outpost as part of the so-called "safe zone" near the Turkish border. (Photo: AP)

Russia informed Turkey that People's Protection Units (YPG) had also pulled out of the cities of Manbij and Tel Rifat with their heavy weapons at the end of 150-hour period, the ministry said in a written statement.

Turkish and Russian soldiers will start joint patrols 10 km from the Turkish border as agreed region in a deal between Ankara and Moscow, after the security of the zone is provided, the ministry said, noting that reconnaissance flights had already started.

"Mine and handmade explosives cleansing activities, as well as reconnaissance flights, have started on the patrol routes," said the ministry.

Ankara sees the YPG as the Syrian offshoot of the outlawed Kurdistan Workers' Party (PKK) in Turkey.

Following the U.S. pullout of its troops from northern Syria, Turkish armed forces launched an incursion into Syria earlier in October in a bid to drive Kurdish fighters out of the area to establish a safe zone along the Turkey-Syria border.

Under the U.S.-Turkey deal reached on Oct. 17 on a five-day truce, Turkey agreed to halt its military operation to pave the way for the withdrawal of YPG fighters from the safe zone.

Turkey and Russia later agreed to give the YPG fighters another 150 hours to withdraw 30 km away from the Turkish border area. The deadline ended in the late afternoon on Tuesday.