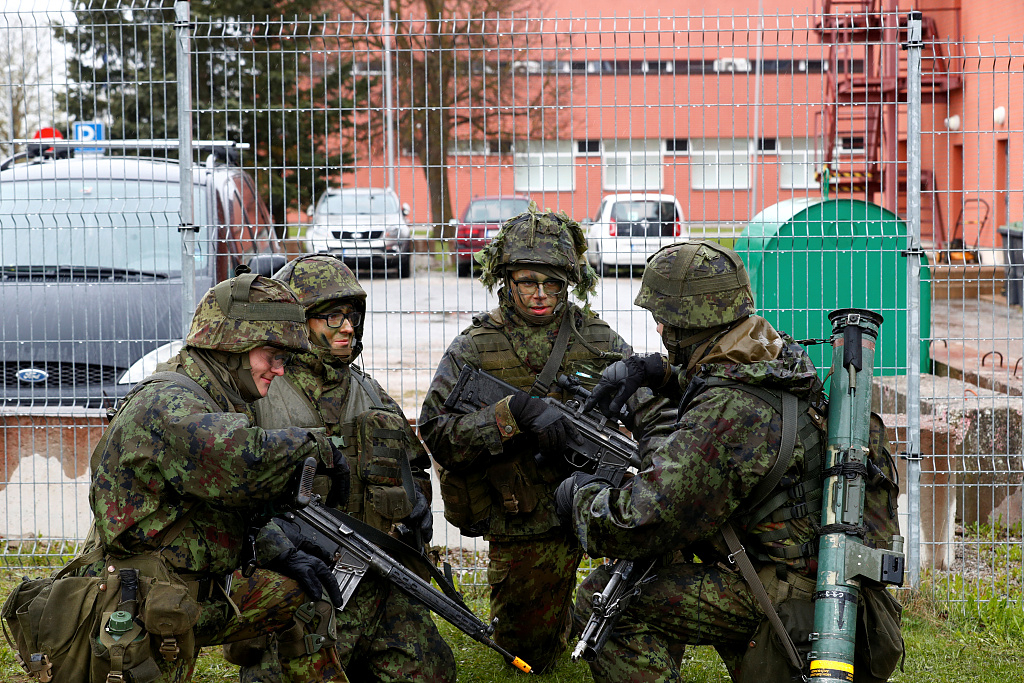 Estonian army soldiers attend an urban fight exercise during the Spring Storm military drill near the border with Russia in Sillamae, Estonia, May 7, 2019. (Photo: VCG)

Russia said on Tuesday that it has intercepted American and Swedish spy jets over the Baltic Sea where NATO is holding drills.

According to a statement by Russia's defense ministry, one of its Su-27 fighter jets detected two air targets approaching its border over the neutral waters of the Baltic Sea.

"On June 10, the Russian airspace control services over the neutral waters of the Baltic Sea detected two air targets approaching Russia's state border. A Su-27 fighter jet of the Baltic Fleet's Air Defense Forces was scrambled to intercept the targets," it said.

The Russian fighter jet's crew approached the air targets at a safe distance and identified them as the US RC-135 and Swedish Gulfstream reconnaissance jets, Tass reported.

Moscow said both were escorted to prevent a "violation of Russia's national border".

Earlier, Moscow had scrambled two Sukhoi SU-27 fighter jets to intercept a US B-52 strategic bomber which radar systems indicated was flying toward Russia's borders, albeit at a considerable distance.

Russia's defense ministry said on March 21 the fighter jets had returned to base after the B-52 changed course and headed in the opposite direction.

“In general, I will limit myself to only saying that of course such actions by the United States do not lead to a strengthening of an atmosphere of security and stability in the region that directly adjoins Russia's borders,” Kremlin spokesman Dmitry Peskov told reporters on a conference call.

“On the contrary, they create additional tensions.”

Russia accused the Western military alliance of an unjustified military build-up near its borders, while NATO has condemned Moscow for building up its own forces in Crimea and the Black Sea region.