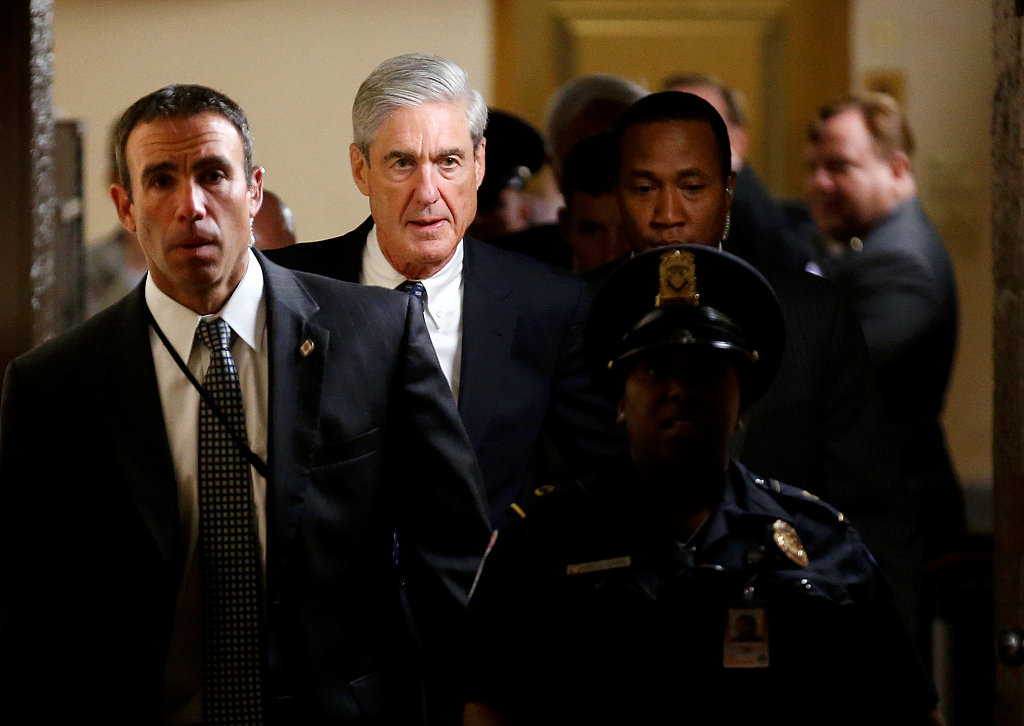 Special Counsel Robert Mueller departs after briefing members of the US Senate on his investigation of potential collusion between Russia and the Trump campaign on Capitol Hill in Washington, US, June 21, 2017. (Photo: VCG)

WASHINGTON, March 22 (Xinhua) -- Special counsel Robert Mueller has finished his investigation of alleged Russian interference in the 2016 US presidential election by submitting a confidential report to Attorney General William Barr on Friday afternoon.

Barr has read Mueller's "comprehensive" report and the attorney general sent a letter to House and Senate judiciary leaders Friday, informing them that he "may be in a position to advise you of the special counsel's principal conclusions as soon as this weekend."

A Justice Department official told CNN that distillation from Barr will be made public. But it's unclear how much of Mueller's full work will be seen by the public or when it will be released.

Mueller was appointed by Deputy Attorney General Rod Rosenstein in May 2017 to lead an inquiry into possible collusion between Donald Trump's campaign and Moscow during the 2016 presidential elections and whether the president obstructed justice, among other things.

For the past 22 months, the investigation has shadowed the White House, as it has led to felony charges against 34 people, including six Trump associates, and three companies, amid fierce criticism from the president and his political allies.

Trump has repeatedly dismissed any collusion between his campaign and Moscow, while slamming the investigation as a "hoax" or "witch hunt."

Russia has denied any meddling in the 2016 presidential election.

Mueller "will be concluding his service in the coming days," according to Peter Carr, spokesman for the special counsel's office. A senior Justice Department official said Mueller is not recommending any further indictments.

The highly-anticipated report set the stage for rounds of public fights over its release. Mueller is required to submit a confidential report to Barr at the conclusion of his investigation. Barr, in turn, is required to notify Congress about Mueller's findings.

According to special counsel regulations, the report must explain Mueller's "prosecution or declination decisions."

Barr told lawmakers Friday that he intends to consult with Rosenstein and Mueller to "determine what other information from the report can be released to Congress and the public."

"I remain committed to as much transparency as possible," he said.

Democrats are pushing for the full release of Mueller's report as they warned the White House against interfering with decisions about what parts of Mueller's findings or evidence are made public.

In a joint statement, Senate Democratic Leader Chuck Schumer and House Speaker Nancy Pelosi called upon Barr "to make the full report public and provide its underlying documentation and findings to Congress."

"Attorney General Barr must not give President Trump, his lawyers or his staff any 'sneak preview' of Special Counsel Mueller's findings or evidence," according to the statement.

House Intelligence Committee Chairman Adam Schiff said that his panel was willing to subpoena Mueller, if needed, in order to have a clearer picture of the contents of his final report.

The White House said in a statement Friday that it has not received or been briefed on the special counsel's report. "The next steps are up to Attorney General Barr, and we look forward to the process taking its course," the statement added.