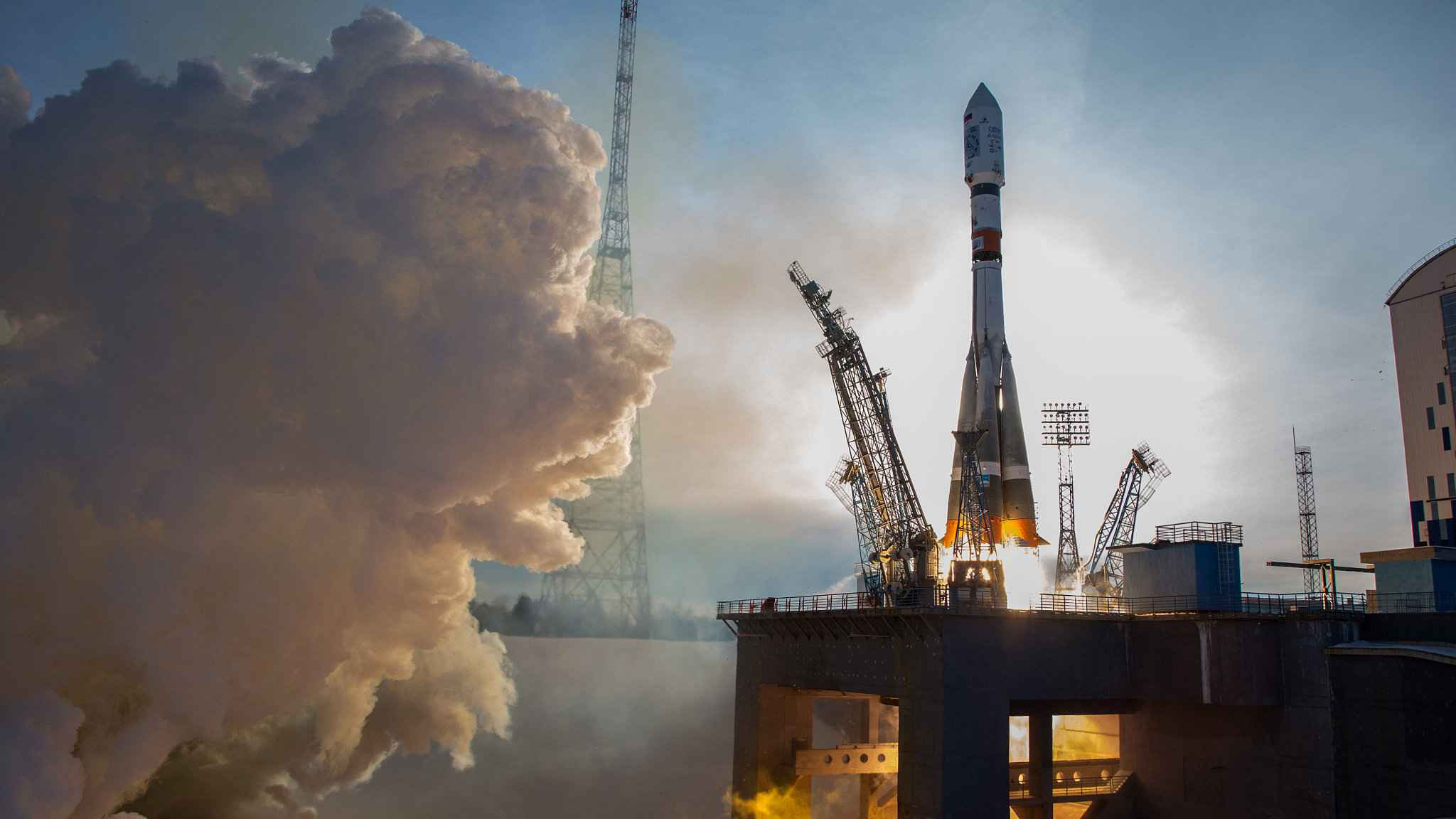 The Soyuz spacecraft blasts off from the launchpad at the Vostochny Cosmodrome, Russia December 27, 2018. (File photo: VCG)

The rocket blasted off at 8:41 a.m. Moscow time (0541 GMT) from the Vostochny spaceport in the Far Eastern Amur Region, it said in a statement.

Russia's Meteor-M No.2-2 hydrometeorological satellite was successfully put into a target orbit with a height of about 832 km, Roscosmos said in a live broadcast.

The satellite will be able to provide images of clouds, the surface of the Earth, ice and snow covers in the visible, infrared and microwave ranges.

It can also obtain data on the temperature of the sea surface and the state of the ozone layer as well as determine the level of humidity, which will help improve the accuracy of meteorological forecasts.

Most of the small satellites were made in Germany, France, the United States, Israel, Britain, Sweden, Finland, Thailand, Ecuador, the Czech Republic and Estonia, Roscosmos said.

Three satellites were developed by Russian university students and are aimed at solving problems of space weather research and monitoring the movement of civil aircraft.

This was the fifth launch of a spacecraft from the Vostochny spaceport, the first such national facility for civilian purposes, which was established to ensure Russia's full-scale access to outer space and reduce its dependence on the Baikonur Cosmodrome in Kazakhstan.