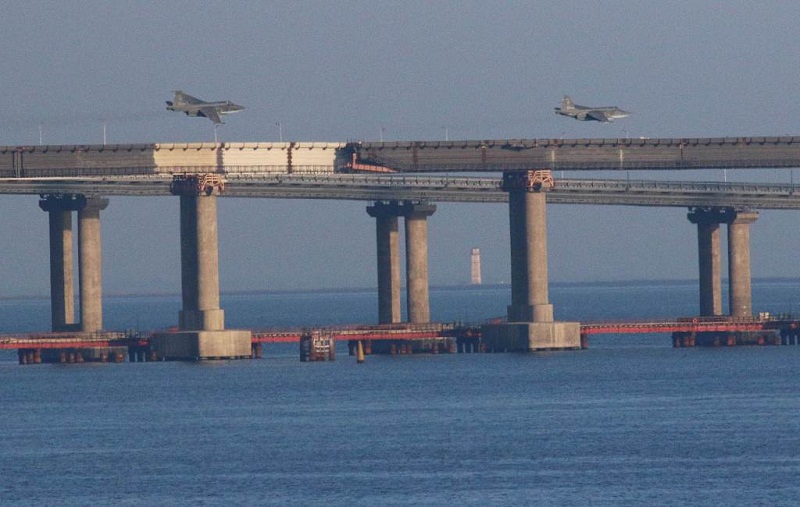 Russian jet fighters fly over a bridge connecting the Russian mainland with the Crimean Peninsula after three Ukrainian navy vessels were stopped by Russia from entering the Sea of Azov via the Kerch Strait in the Black Sea, Crimea November 25, 2018. (Photo: VCG)

The armored artillery boat of the Ukrainian Navy "Berdyansk" was damaged during the attack, the navy said in a statement on Facebook.

Meanwhile, the Ukrainian Navy said it has informed Russia in advance about the passage of Ukrainian vessels from the Black Sea to the Sea of Azov through the Kerch Strait separating the two seas.

According to local media reports, Russia has blocked Ukrainian vessels from entering the Sea of Azov.

The Ukrainian Foreign Ministry has accused Russia of provocative actions, saying it has "violated freedom of navigation by unlawfully using force" against the Ukrainian ships.

Volodymyr Yelchenko, Ukraine's ambassador to the United Nations, said Kiev would appeal to the UN Security Council over the incident.

Russia said the inspections of ships are aimed at ensuring security in the waters of the Azov Sea and the Kerch Strait and do not violate the international law.