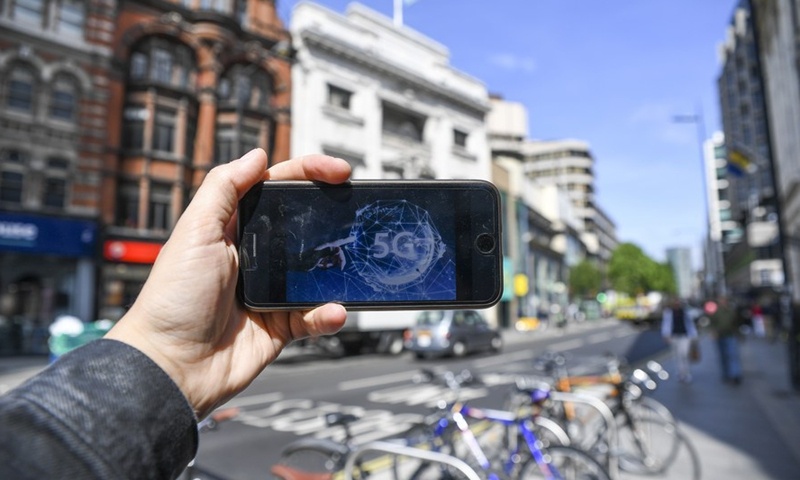 Photo taken on May 30, 2019 shows a 5G network logo on the screen of a mobile phone in London, Britain.(Photo: Xinhua)

Russia's leading telecom operator MTS announced on Friday that it has launched the country's first 5G network for trial use in Moscow.

The network is provided in the 4.9 GHz spectrum band in 14 popular locations in the Russian capital, the company said in a statement.

Currently, only selected users with 5G-compatible smartphones can connect to the unlimited 5G Internet with a speed of up to 1.5 Gigabytes per second.