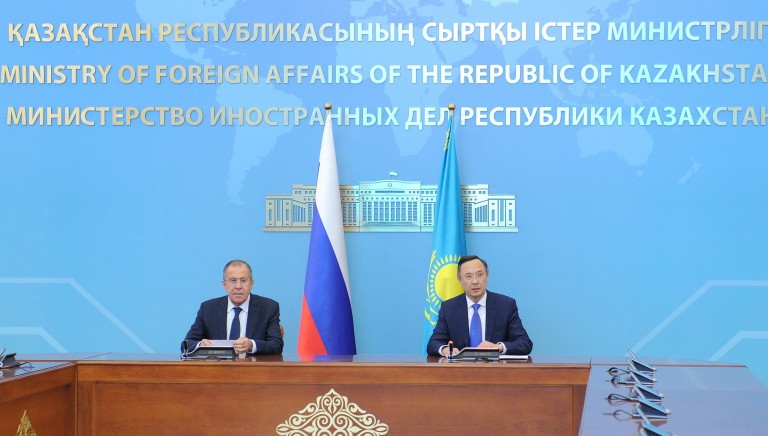 Russian Foreign Minister Sergei Lavrov hailed on Sunday Moscow's partnership with Astana in a congratulatory message to his Kazakh counterpart, Kairat Abdrakhmanov, on the 25th anniversary of the establishment of diplomatic relations between the two countries.

Russia and Kazakhstan remain "reliable partners" bound by a common historical past and a spirit of good-neighborliness and mutual benefit, Lavrov said in the message, according to a Russian Foreign Ministry statement.

Lavrov noted in the message a host of bilateral agreements between the two countries, particularly the Russian-Kazakh treaty on good-neighborliness and alliance in the 21st century, which reflects their commitment to further deepening of relations.

Kazakhstan used to be a part of the former Soviet Union. It set up diplomatic relations with Russia in 1992.

The central Asian country is a member of the Russia-led Commonwealth of the Independent States, the Collective Security Treaty Organization and the Eurasian Economic Union.