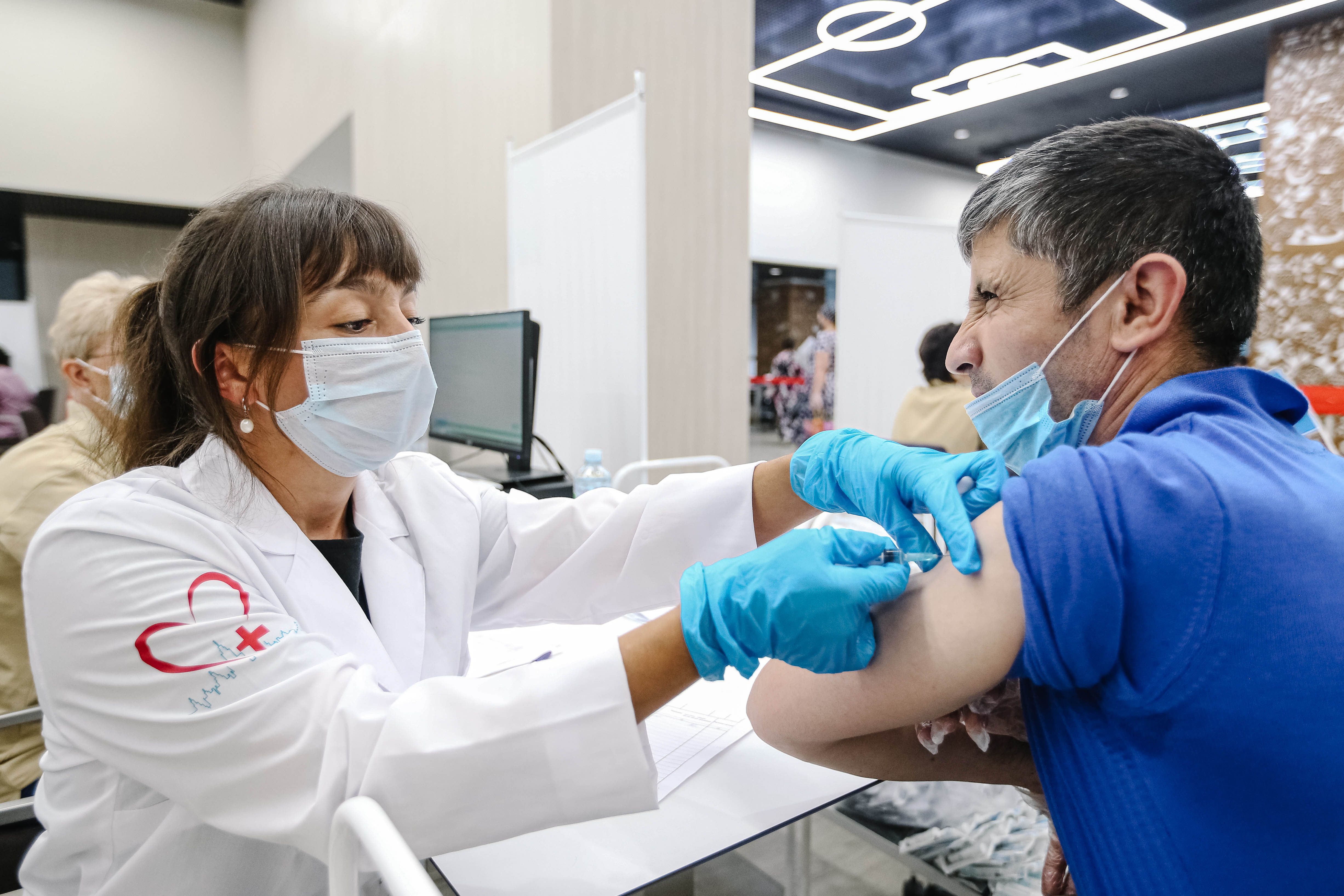 In his meeting with government members on Wednesday, Russian President Vladimir Putin said Russia's main goal is to speed up the mass vaccination and professionally educate the public on the importance of vaccination.

Russian Deputy Prime Minister Tatyana Golikova said Wednesday that the country aimed to reach herd immunity at the start of November by vaccinating 80 percent of the population.

She said that 22.6 million people had been fully vaccinated in the country as of Wednesday, while 11 million others had received one dose.