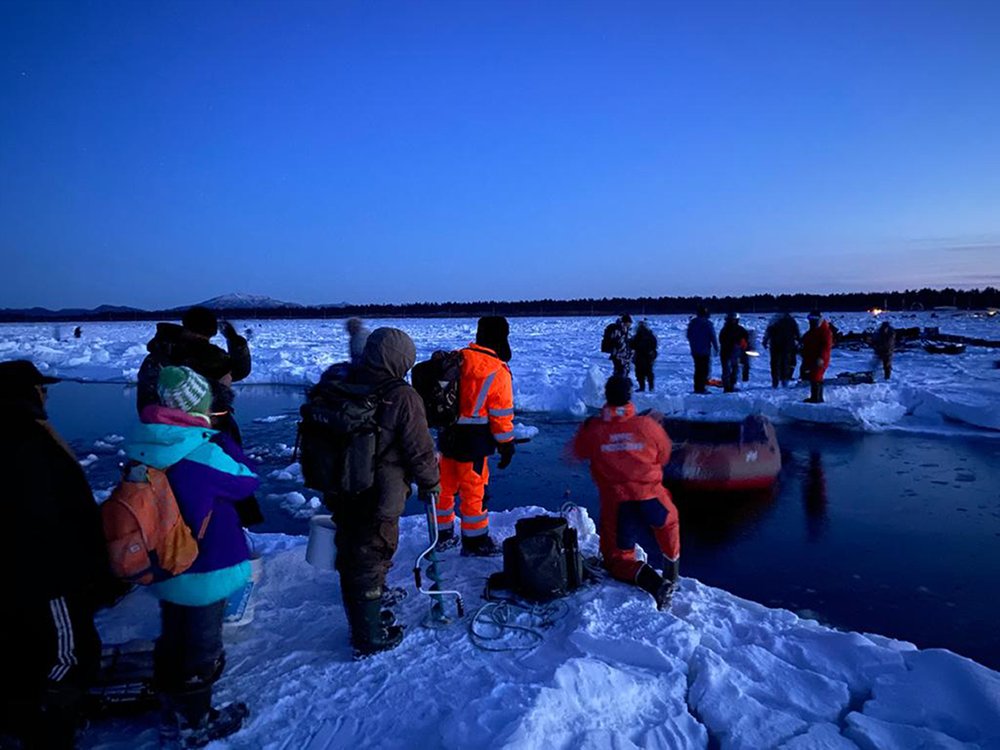 In this Tuesday, Jan. 28, 2020 photo released by the Russia Emergency Situations Ministry press service, showing rescuers in the foreground as they help a group of fishermen to get to the land, using a small boat at the Mordvinov's Bay, the island of Sakhalin in eastern Siberia, Russia. (Photo: AP)

In a nearly seven-hour operation, Russia’s emergency services rescued 536 ice fishermen after they got stranded on a giant ice floe that broke off the island of Sakhalin in eastern Siberia, officials said.

Around 60 more people were able to get back onto the shore on their own Tuesday evening, emergency officials said.

Footage of the incident showed groups of people using smaller pieces of ice as rafts and trying to row to the Russian coast on them as the giant ice floe with the stranded fishermen slowly drifted further away from the land.

According to some of the Russian fishermen, by the time they had been rescued the frigid water rift between the ice floe and the coast was already 200 meters (660 feet) wide.

It’s the third time in a week that emergency services in the Sakhalin region had to rescue ice fishermen stuck on drifting glacial masses. On Jan. 22, around 300 people got stranded on an ice floe and on Sunday 600 others did.

Local authorities blamed the fishermen for ignoring safety warnings and going ice fishing despite the danger of being stranded on ice floes.