MOSCOW, June 26 (Xinhua) - Russia has confirmed 6,800 new COVID-19 cases in the past 24 hours, raising its total number of infections to 620,794, its coronavirus response center said in a statement Friday. 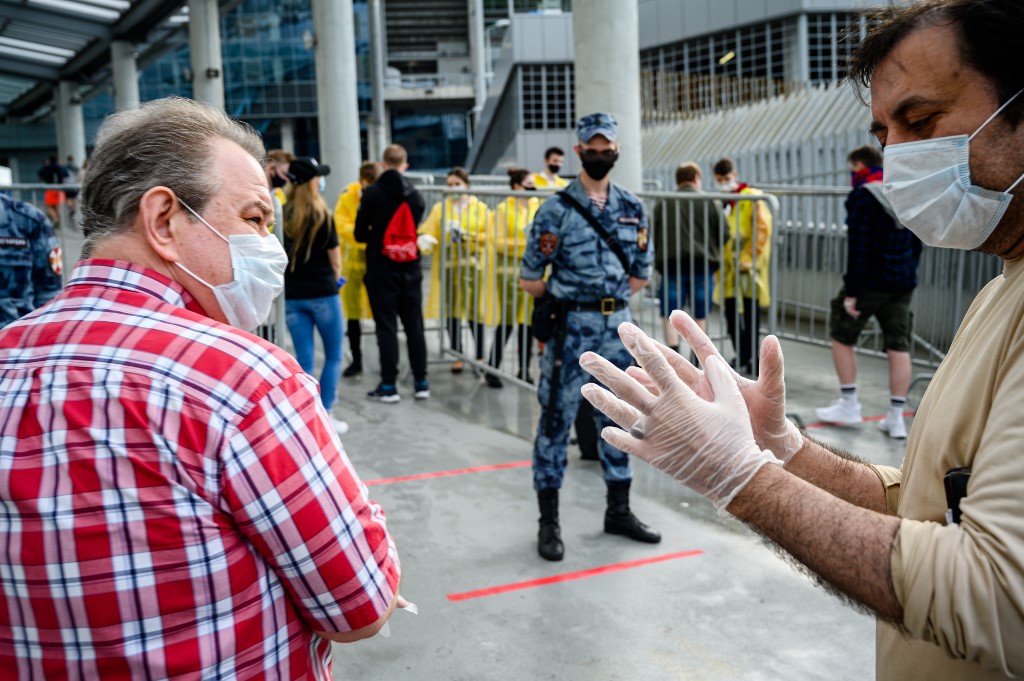 CSKA Moscow fans put on gloves before entering in the VEB Arena stadium prior the Russian Premier League football match between CSKA Moscow and Zenit St. Petersburg in Moscow on June 20, 2020.(Photo: AFP)

As of Thursday, 302,445 people are under medical observation, while more than 18.4 million COVID-19 lab tests have been conducted nationwide, Russia's consumer rights and human well-being watchdog said Friday.