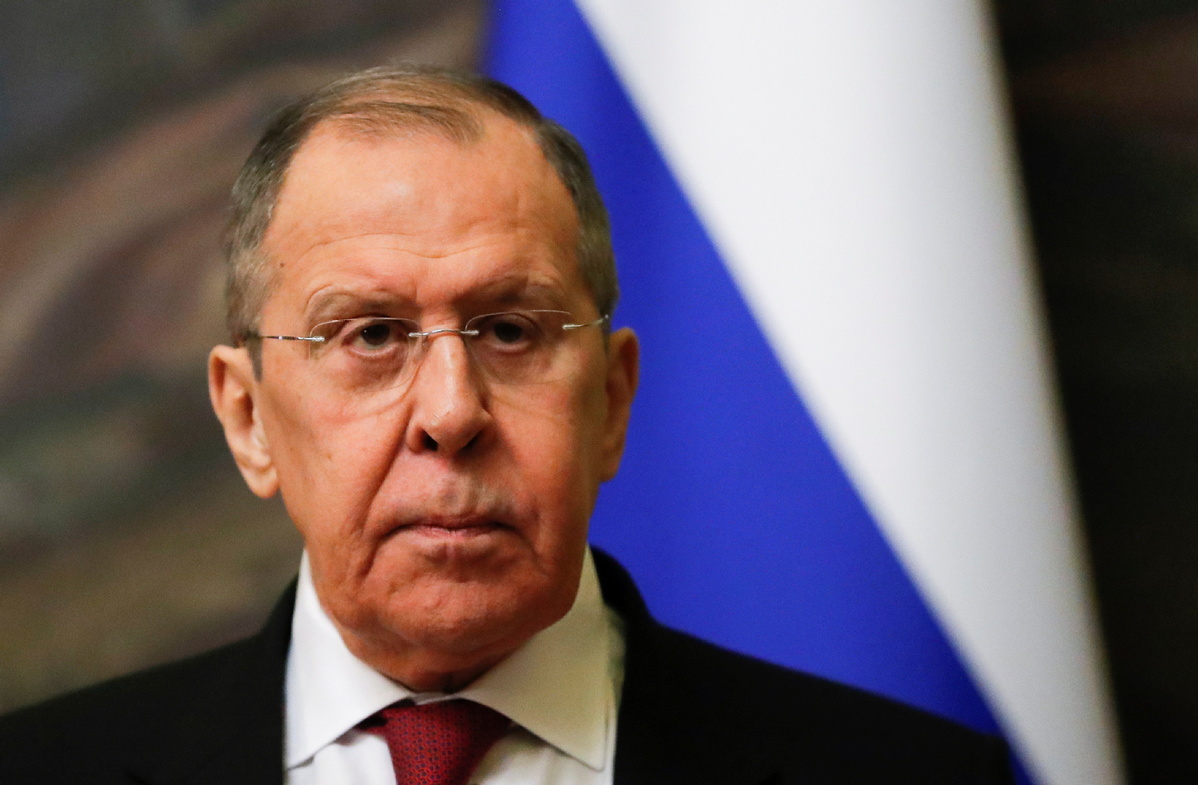 Russia will increase its use of non-Western currencies for trade with countries such as India, its foreign minister said on Friday, as he hailed India as a friend that was not taking a "one-sided view" on the Ukraine crisis.

"We are friends," Sergey Lavrov told a news conference after meeting his Indian counterpart, Subrahmanyam Jaishankar, adding that India saw the Ukraine crisis in the "entirety of facts and not just in a one-sided way".

Lavrov said Russia's central bank had several years ago established a system for the communication of financial information and India had a similar system.

"It is absolutely clear that more and more transactions would be done through this system using national currencies, bypassing dollar, euro and other currencies," he said.

Lavrov said the two countries would use a rupee-rouble mechanism to trade oil, military hardware and other goods.

"We will be ready to supply any goods which India wants to buy.

"I have no doubt that a way would be (found) to bypass the artificial impediments which illegal unilateral sanctions by the West create. This relates also to the area of military technical cooperation."

Lavrov arrived in Delhi on Thursday and was due to meet Indian Prime Minister Narendra Modi before departing on Friday evening.

Lavrov said there was some forward movement in negotiations with Ukraine.

"Non-nuclear, non-bloc, neutral status－it is now being recognized as absolutely necessary," he said.

The two also said ties between the two countries have sustained them through difficult times in the past.

"Differences and disputes should be resolved through dialogue and diplomacy and by respect for international law, the UN Charter, sovereignty and territorial integrity of states," Jaishankar said.

Asked if Modi could mediate between Moscow and Kyiv, he replied,"I haven't heard about such talk, frankly speaking."

"Given India's position of a just and rational approach toward international problems, it can support such a process. No one is against it, I think," he told a group of Indian and Russian journalists.

Lavrov's meeting with Jaishankar comes a day after senior US and British officials held talks in New Delhi to press the Indian government to follow West's lead and move against Russia.

US Deputy National Security Adviser for International Economics Daleep Singh said the United States would not set any "red line" for India on its energy imports from Russia but did not want to see a "rapid acceleration" in purchases.