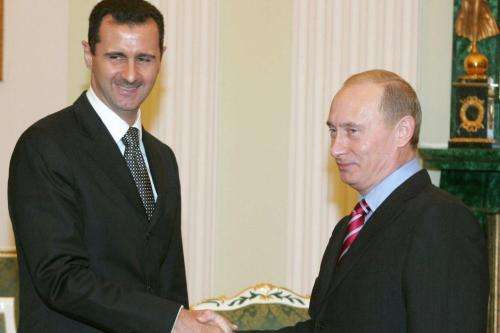 Russian President Vladimir Putin held talks with Syrian President Bashar al-Assad in the Russian Black Sea resort of Sochi on Monday, discussing the fight against terrorism and the prospects for a political settlement in Syria, the Kremlin said on Tuesday, Reuters reported.

In remarks broadcast by Russian television, Assad thanked Putin, the Russian defense minister and military chief of staff for their support in Syria. Putin said he intended to talk with the Emir of Qatar, U.S. President Donald Trump, and Middle Eastern leaders after his talks with Assad.