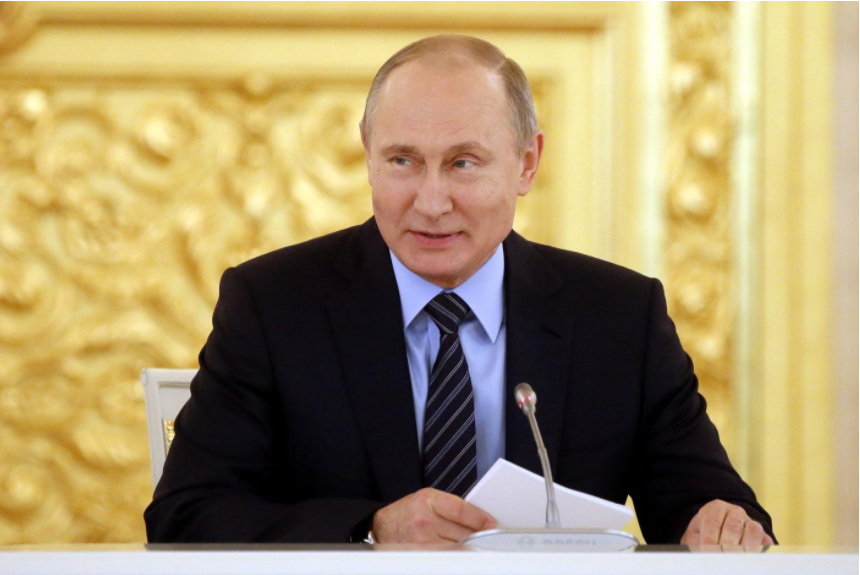 Russian President Vladimir Putin attends a meeting of the Presidential Council for Culture and Art at the Kremlin in Moscow, Russia December 21, 2017. Photo: REUTERS/Maxim Shipenkov

Putin, 65, said earlier this month he would run for re-election as a self-nominated candidate, in a contest he seems sure to win comfortably, extending his grip on power into a third decade.

Speaking at an annual gathering of United Russia, Medvedev said the party was Putin’s party, and his key political resource.

Medvedev promised it would support Putin in the election, which is scheduled for March 18.

“We will give you, Vladimir Vladimirovich, all possible support, now and in the future,” said Medvedev, addressing Putin by his first and patronymic names.

Putin has been in power since 2000 either as president or prime minister.

If he wins what would be a fourth presidential term, he will be eligible to serve another six years until 2024, when he turns 72.

Putin thanked Medvedev for the support and announced some goals for the future, such as higher economic growth and better healthcare.

“We need to achieve a long-range steady increase in real incomes of citizens, to increase pensions and social support,” he said.