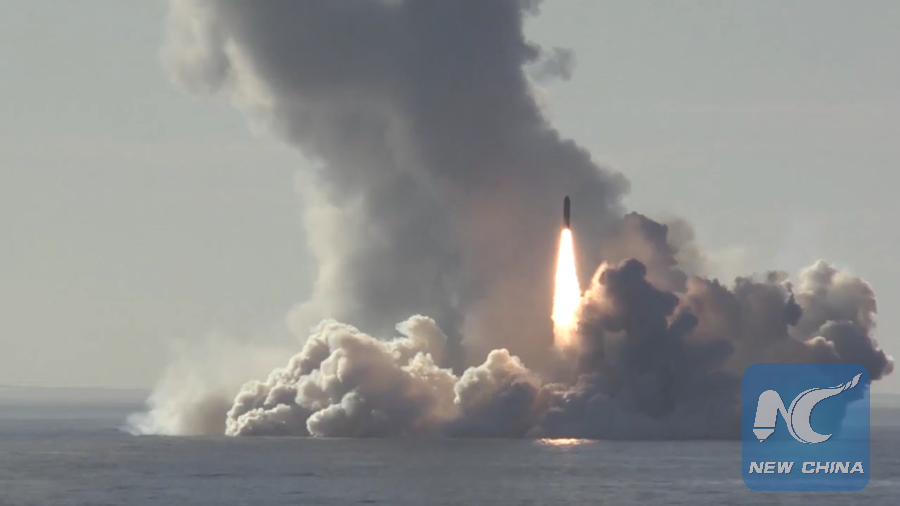 Four Bulava ballistic missiles from the designated area in the White Sea were fired Tuesday to targets at the Kura range on the Kamchatka Peninsula in far eastern Russia, a ministry statement said.

The test confirmed the combat readiness of the Project-955 Borei strategic submarine and the Bulava missile system, the statement said

Yuri Dolgoruky is the lead vessel of Project 955 Borei-class, which has a full displacement of 24,000 tonnes, and is about 160 meters long and 13 meters wide.

The underwater cruiser is armed with a set of sea-launched Bulava intercontinental ballistic missiles as well as torpedoes. The submarine can also be armed with cruise missiles.