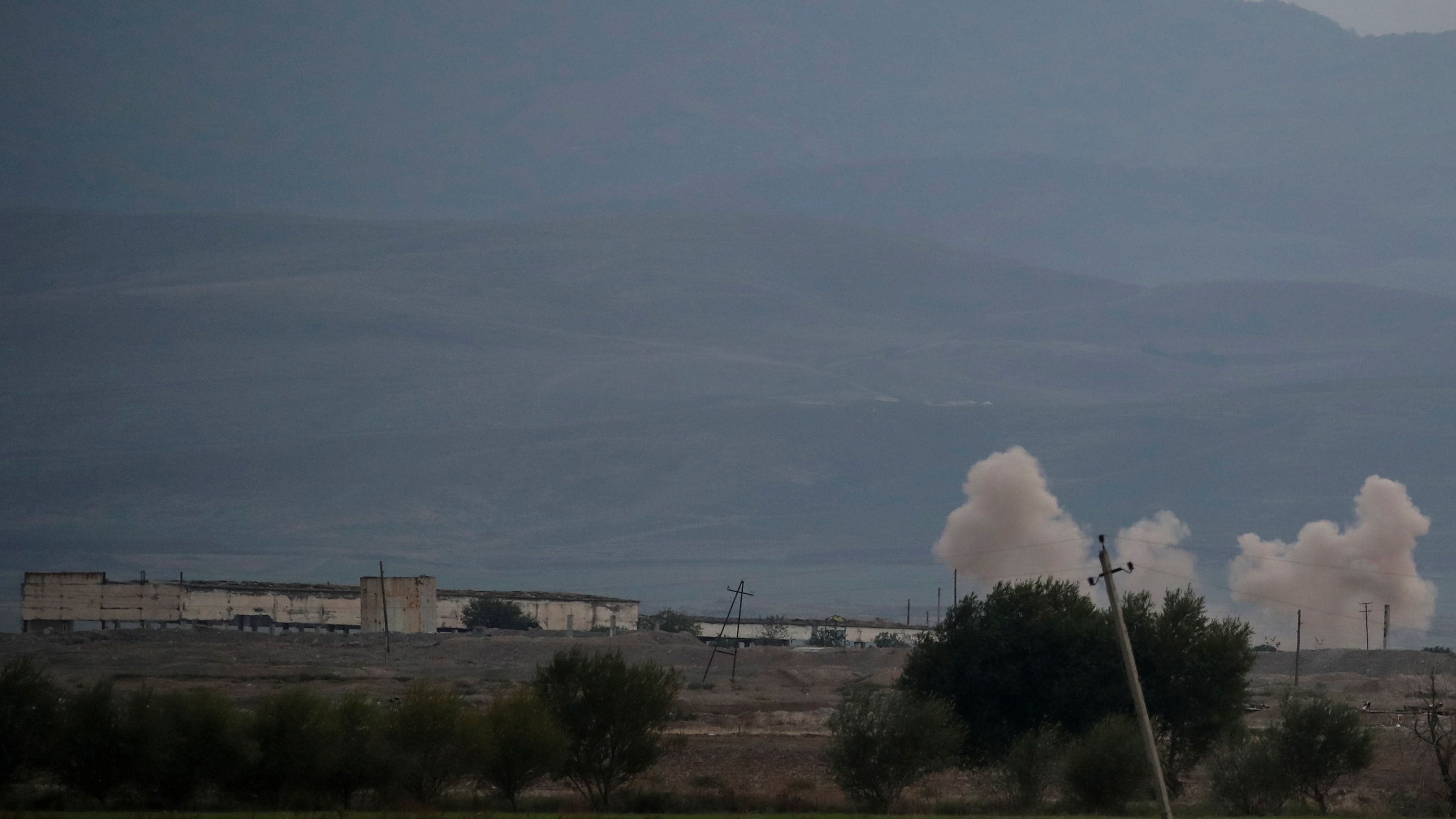 Smoke rises as Azerbaijan's forces shell targets during the fighting over the disputed region of Nagorno-Karabakh near the city of Terter, Azerbaijan, October 7, 2020. (Photo: Agencies)

Armenia and Azerbaijan have confirmed that their foreign ministers will come for talks to Moscow, the RIA news agency cited Russia's foreign ministry as saying on Friday.

With President Vladimir Putin calling for a halt to military actions in the Nagorno-Karabakh conflict, the Kremlin extended the invitation to Azerbaijani Foreign Minister Jeyhun Bayramov and his Armenian counterpart Zohrab Mnatsakanyan on Friday.

"Following a series of telephone discussions between President of Azerbaijan Ilham Aliyev and Prime Minister of Armenia Nikol Pashinyan, the president of Russia calls for a halt to military actions in the Nagorno-Karabakh conflict," the Kremlin said in a statement released on Thursday.

The announcement marks the first result in international efforts to try to pause fighting which has killed at least 400 people since it broke out on September 27.

The continued fighting and rising tension underlined the difficulties facing U.S., Russian and French officials meeting in Geneva to try to bring the warring sides to the negotiating table.

Washington, Paris and Moscow are co-chairs of the Organization for Security and Co-operation in Europe's Minsk Group that has led mediation over Nagorno-Karabakh since 1992.