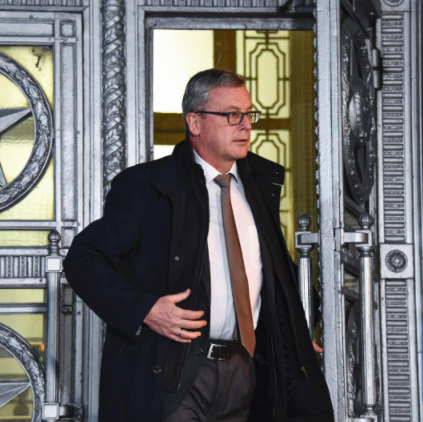 The Russian Foreign Ministry on Friday told Austrian ambassador to Russia Johannes Aigner that Vienna's accusation that a retired Austrian colonel spied for Russia is based on suspicion without any evidence.

The ministry said in a statement that it summoned Aigner and expressed a protest after Austrian Chancellor Sebastian Kurz said earlier in the day that his country is investigating a retired colonel who allegedly worked for the Russian intelligence since the 1990s.

Vienna's moves have complicated the Russian-Austrian relations, which until recently had a positive dynamic, the Russian Foreign Ministry said.

Austrian Foreign Minister Karin Kneissl summoned the Russian representative in Austria over the alleged spy case and canceled an upcoming trip to Moscow.

Russian Foreign Minister Sergei Lavrov said at an earlier press conference that Austria failed to follow the norms of diplomacy when it made public the case before consulting Moscow.

Western countries "have made it a rule to resort not to traditional diplomacy with the observance of all decencies but to use megaphone policy, blaming us publicly and demanding that we give a public explanation of things which we do not know about," he said.

Austrian Defense Minister Mario Kunasek said they were tipped off about the spy case by a "friendly service" weeks ago.

Kurz visited Russia last month and held talks with President Vladimir Putin in St. Petersburg, where he told reporters that the European Union countries should maintain dialogue with Russia and seek an improvement in ties.