Russia says 'immediate priority is to avert the danger of war' 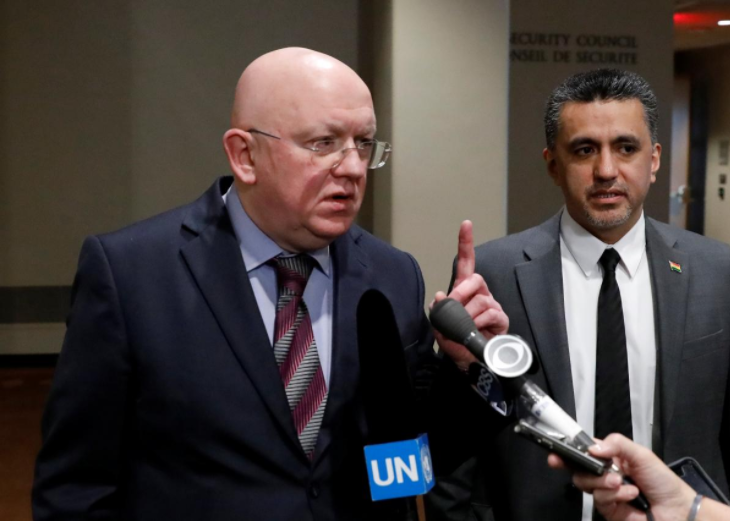 Russia’s UN Ambassador Vassily Nebenzia urged the United States and its allies on Thursday to refrain from military action against Syria over a suspected chemical weapons attack and said the “immediate priority is to avert the danger of war.”

Asked if he was referring to a war between the United States and Russia, he told reporters: “We cannot exclude any possibilities unfortunately because we saw messages that are coming from Washington. They were very bellicose.”

“They know we are there, I wish there was dialect though the proper channels on this to avert any dangerous developments,” he said. “The danger of escalation is higher than simply Syria because our military are there ... So the situation is very dangerous.”